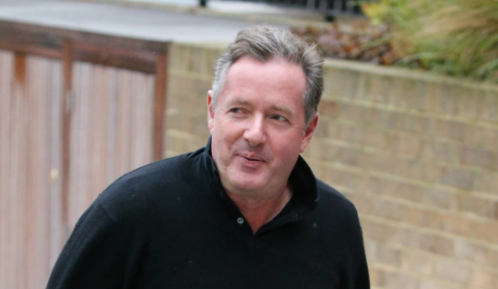 He sparked outrage with his meaty malice

Never one to hold back, Piers Morgan has voiced his fury at the creation of vegan sausage rolls but he’s faced a barrage of backlash for it!

When Greggs bakery announced they would be selling the vegan-friendly snack the Good Morning Britain host slammed them on Twitter.

He wrote: “Nobody was waiting for a vegan bloody sausage, you PC-ravaged clowns.”

Nobody was waiting for a vegan bloody sausage, you PC-ravaged clowns. https://t.co/QEiqG9qx2G

Greggs saw the funny side, though, replying with: “Oh hello Piers, we’ve been expecting you”.

Clearly irked, Piers fired back at the food chain with: “Isn’t it time you changed your name to something more gender-fluid & less toxically masculine?”

Isn’t it time you changed your name to something more gender-fluid & less toxically masculine? https://t.co/1DYyKDa3lj

He then went on to say he was starting the “vegan resistance”!

It wasn’t long before the 53-year-old presenter received multiple retaliations for his vegan bashing.

His celebrity pal Amanda Holden was among those who put him in his place!

The 47-year-old Britain’s Got Talent judge shocked Piers when she informed him that she “was” all for the vegan treat.

He also attracted a wave of criticism from frustrated social media users after his online jibes.

One twitter user sarcastically posted: “Hi I’m Piers Morgan and I have a problem with companies catering to people who are not me because everything should be about me or I’ll throw a tantrum (am I getting this right)”.

Another wrote: “As a Guardian reading, feminist, vegan with pink hair I have been waiting for this for many years. Thanks @GreggsOfficial I will be buying one today. Would not have known about it, without your advertising @piersmorgan”.

Meanwhile, I’m A Celebrity’s James McVey even waded in to tell Piers off!

The 24-year-old The Vamps star tweeted: “Oh bugger off Scrooge 😂”.

But clearly unfazed, Piers then announced that he thought his haters were just “hangry”!

Woke up to howling abuse from vegans over this Greggs sausage roll scandal.
I get it, you’re all hangry.
I would be too if I only ate plants & gruel.

What do you think of Piers’ tweets? Leave us a comment on  our Facebook page @EntertainmentDailyFix and let us know what you think.