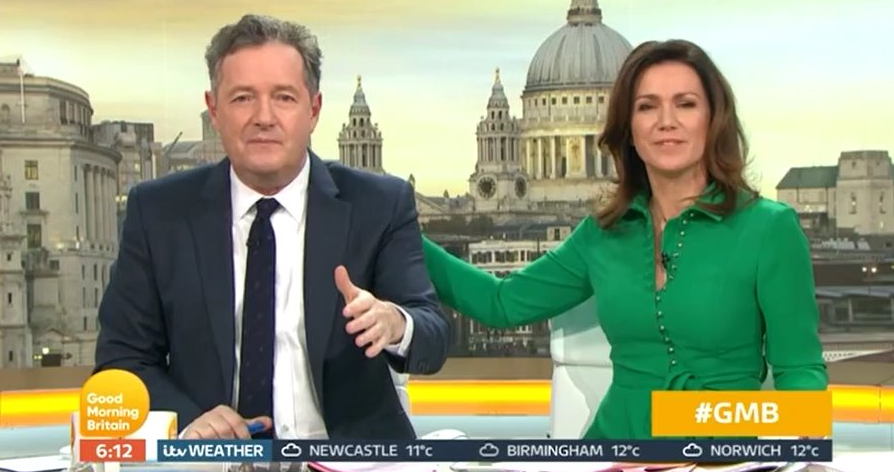 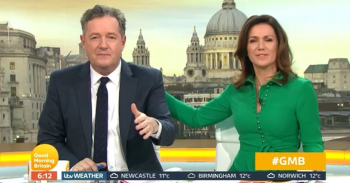 The Good Morning Britain presenter was ridiculed by his co-hosts

Piers Morgan had a rather awkward moment when he appeared to belch halfway through his rant about David Beckham’s lack of intelligence today.

The outspoken Good Morning Britain host was criticising former footballer David for driving while using the phone, suggesting he only had ‘two brain cells’, when he appeared to burp mid-sentence.

He then denied burping but was teased by his co-stars!

Susanna Reid joked: “Are you alright? Do you need winding?”

Their fellow host Charlotte Hawkins said: “That’s not that pleasant, is it?”

The TV studio could then be heard erupting with laughter as Piers looked bemused about what he was being accused of.

Denying the faux pas, the 53-year-old insisted: “I was clearing my throat. Can I finish the story?”

Piers had started off by saying about Becks’ recent phone drama: “It’s a proven fact if you don’t have enough meat and protein your brain dies.

“Talking of brain cells, both of them, David Beckham…two extraordinary and groundbreaking things about David today. One, he’s pleaded guilty to a driving offence rather than try to use his sneaky loophole lawyer to get him off the rap.”

Piers seemed to burp when he struggled to say: “I’m almost going to defend Beckham… there’s something a little sneaky about this…”