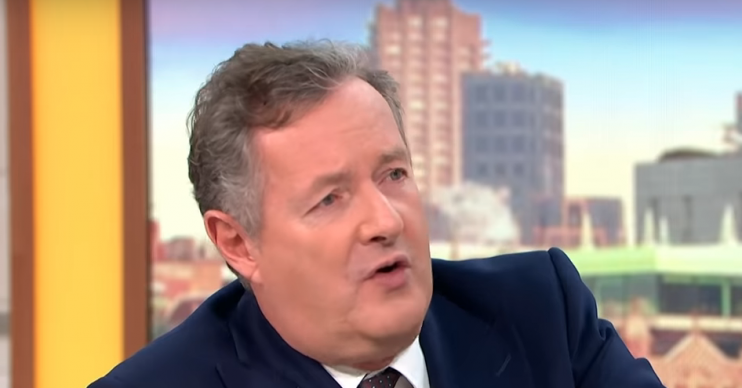 He also slammed the move as "grotesquely offensive"

TV personality Piers Morgan has laid into pop icon Madonna for wearing a burka in an airport, telling her to “grow up”.

The motormouth Good Morning Britain host, 54, accused the 60-year-old singer of donning the Islamic garment in a public place “not from any desire for anonymity but from a craven desire to be spotted”.

He also claimed the Material Girl star was fully aware of her actions because she has been “shameless[ly] attention-seeking” in showbiz for four decades.

Blasting her styling decision as an attempt to grab headlines, Piers also slammed the move as “grotesquely offensive” and suggested Madonna was “mocking Muslims”.

Demanding to know why more people were not up in arms over the matter, Piers rejected any notion the controversial performer could be creating a discussion around women’s rights.

“Even if that were her motivation, and I’m sure she’ll say it was, it would be absurd virtue-signalling [bleep],” he raged in his latest Mail Online column.

Recalling instances in which he believes Madge “lampooned” Catholicism, Piers concluded the veteran star was taking a swipe at religion in order to boost awareness of her upcoming tour.

However, the ex-newspaper editor made it clear he particularly disapproves of what he believes to be her approach, fuming Madonna’s behaviour comes at “a particularly vile and inappropriate time to now turn her ridiculing turrets onto Islam”.

Citing the difficulties and tensions that stem from 9/11, the wars in Iraq, Afghanistan and Syria, the rise of ISIS, and Donald Trump’s political manoeuvres, Piers went on to label Madonna as “despicable” for trying to ‘cash in’.

He also criticised her for failing to stay relevant and compared her unfavourable with screen Sharon Stone, who he believes to understand how to age gracefully and still be “cool and sexy” in her sixties.

“On every level, it’s toe-curling and offensive.”

Fans on Twitter had mixed reactions to Piers’ strong words.

“Well done for giving her exactly what she wanted,” slow-clapped one reader.

“This is Madonna, she has made a career out of being controversial. Leave the woman alone,” tweeted another.

A third asked: “How’s this offensive?”