TV journalist Piers Morgan has stepped inside the dark world of women who commit murder. Not killings of passion, but cold, calculated, premeditated crimes. The rarity of such abhorrent acts makes them even more freakishly fascinating and – as the presenter discovers – the female felons behind them are rarely the chilling stereotypes we’d expect. Prepare to be unsettled…

Erin Caffey was raised in a close-knit, deeply Christian family from small-town Texas. Her father Terry was a lay preacher, married to childhood sweetheart Penny. As well as Erin, the couple had two sons, Matthew, 13, and Tyler, eight. Erin had a nice, normal life - her parents allowed her to go out with friends, date boys and even bought her a car. So, why - at the age of 16 - did she plot the BRUTAL MURDER of her entire family?

WHY would this all-American girl with long blonde hair, baby blue eyes - and the voice of an angel - want to obliterate her loved ones? It was a question news hound Piers Morgan was at pains to understand when he confronted her in prison.

In the early hours of March 1, 2008, as the Caffeys slept, their normally peaceful home became a bloodbath, when two young men broke in and blasted the family with shotguns, before setting fire to the property. One family member was missing from the cabin... Erin.

Somehow Terry survived the attack, but life was about to grow even darker when, two days later, he discovered his daughter was behind the slaying of his wife and children. Erin had claimed that she too was a victim of the perpetrators, which included her boyfriend Charlie Wilkinson, their friend Charlie Waid and his girlfriend Bobbi Johnson.

As police pieced together the appalling events of that dreadful night, Charlie and the others pretty swiftly became primes suspects. Under interrogation, all three claimed that Erin had instigated the murderous attacks. Wilkinson also admitted that he and Erin HAD SEX right after the gruesome crimes took place. All four teenagers were found guilty and sentenced to prison...

Now, here is the most astounding aspect of this most dreadful of family tragedies... sole survivor Terry has found it in his heart to FORGIVE his daughter. He visits her once a month at Hilltop Unit prison in Texas. He still thinks his daughter was in some way swept along by the others, not the instigator of the horrific murders. She, meanwhile, dreams of the day they will finally be able to spend time together again in the outside world...

While our next notorious female killer claimed just one victim, her crime is no less heinous - she took the life of her young daughter. Amanda drowned seven-year-old Adrianna and then attempted to pass off the little girl's death as an accident.

Adrianna suffered from ADHD and was still regularly wetting the bed. Her exasperated mother had, according to work colleagues, once said that she could have killed her daughter when she'd done something that particularly annoyed her. Amanda claimed that she had a good relationship with her little girl, but even her own mother admitted on the witness stand that she was quick to lose her temper with the girl.

Amanda's six-year old son, AJ - Adrianna's brother -  was chief prosecution witness in the trial against his mother, telling a stunned courtroom how he witnessed his mummy place her hand over his sister's face while she held her under the water in the family pool. His evidence was enough to convict Amanda. She is serving life, with no parole - 30 years extra for child abuse was added to her sentence.

Piers Morgan met Rhonda in the US high-security prison where she is serving 46 years for killing her boyfriend Jimmy Joste. She shot him 10 times in 2008. Glover had a history of delusional behaviour, drug use, excessive drinking and domestic abuse, according to the trial testimony. She told Morgan that she still loved Jimmy - and always would... she is desperate for someone - ANYONE - to listen.

Arguably the most notorious female serial killer in the States, Death Row inmate Aileen was executed by lethal injection in 2002. She was convicted of murdering seven men between 1989 and 1990; she claimed each of them had either raped her or attempted to. Aileen was the subject of film Monster, starring Charlize Theron, and documentary Aileen: Life And Death Of A Serial Killer. Both are unmissable accounts of what was undeniably a troubled, traumatic life.

The English girl was just 11 years old when she strangled two young boys (three and four years old) to death in 1968. After killing the younger of the two victims, Bell reportedly returned to the scene and carved the letter “M” into the boy’s stomach with a razor. She was released from prison in 1980 at the age of 23, and has lived under court-protected anonymity ever since. Cries Unheard: The Story Of Mary Bell, a book about her life, was released in 1998.

The English woman was convicted of killing four children, attempting to murder three others and causing bodily harm to six further minors. In 1991, the nurse injected them with insulin over a period of 59 days, and was sentenced to 30 years in prison, with no chance of parole until 2022. She is currently serving out her sentence in a psychiatric hospital in the Midlands, England.

US nurse Kirsten, dubbed the 'Angel of Death', was convicted of three counts of first degree murder, two counts of second degree murder, and two counts of attempted murder, for injecting epinephrine into her patients, causing them to have heart attacks. Growing up, the killer-in-waiting was a pathological liar, who manipulated people by faking multiple suicide attempts; she also had a history of regular violent outbursts and checking herself into psychiatric wards. She was convicted of her crimes in 2001, and was sentenced to life in prison.

In 2013, the 32-year-old British woman pleaded guilty to stabbing three men and dumping their bodies in a ditch in Peterborough. Before her sentencing, she wrote a letter to the judge stating she felt no remorse for what she had done. Sentenced to life imprisonment, she is only the third woman in the UK to ever be told she will spend the rest of her life behind bars. The judge called her a “cruel, calculated, selfish, and manipulative serial killer”, which was met with a smirk. She has since been diagnosed with borderline personality disorder.

The Canadian woman with the looks of a glamorous TV star helped her husband, Paul Bernardo, rape and murder at least three teenage girls, including HER OWN SISTER, in the 1990s. At her trial, she entered a bargain plea by testifying against her partner in crime (as well as in marriage), and her own charge was downgraded to manslaughter. Bernardo claimed that his wife actually killed the victims once he was done abusing them. She served 12 years in prison and was released in 2005.

Here's one to end on - and really give you nightmares. Ishikawa was a midwife working for a local hospital in her native Japan immediately after the Second World War, during the baby boom. With maternity wards overflowing, and many parents too poor to provide a proper upbringing for their children, Ishikawa decided on her own solution: she deliberately caused many of the infants to die, by starvation or lack of care.  After their deaths, the midwife hid their corpses all over the city. By the time she was caught, she had killed at least 103 babies, but some officials put the real figure at closer to 169. 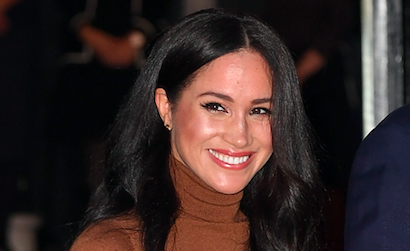