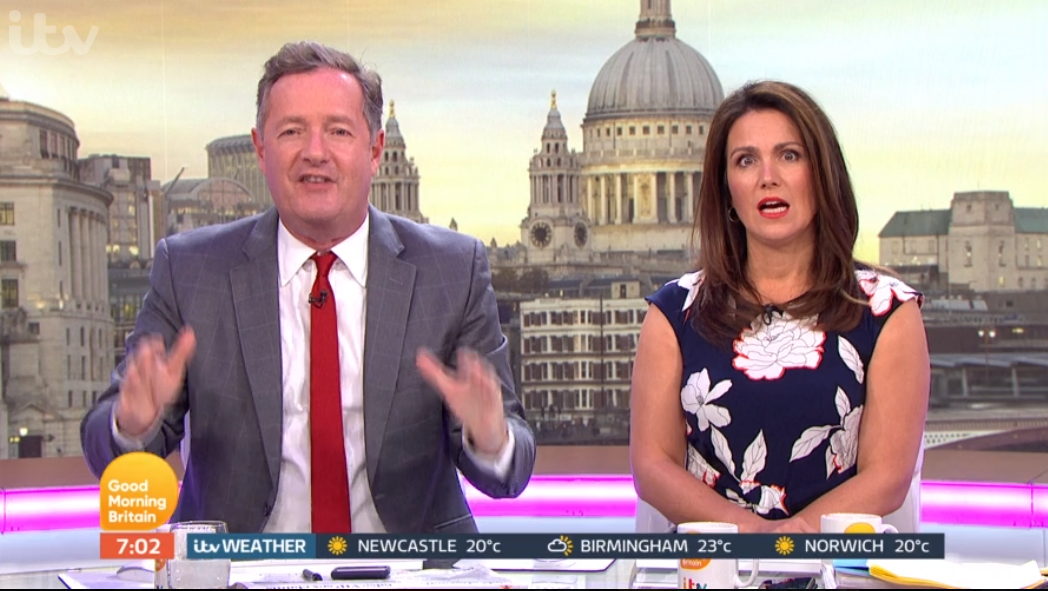 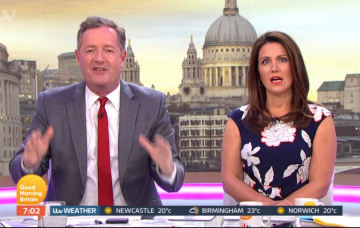 Danny Dyer won't be pleased about this...

It hasn’t taken long for Piers Morgan to make a U-turn on his comments about Love Island’s Dani Dyer.

Last week, Piers had nothing but good things to say about the star as he came face-to-face with her dad, EastEnders actor Danny Dyer.

But without Danny in front of him, Piers described Dani’s romance with Jack Fincham on Love Island as fake during Wednesday’s Good Morning Britain.

On Tuesday night’s episode of the ITV2 show, viewers saw Dani and Jack declare their love for each other.

After watching a clip of the sweet moment, Piers called them just “two people on live television faking some kind of romance”.

“They’re not in love, they’re in love with being Z-list celebrities.”

Susanna Reid then quickly reminded Piers who Dani’s dad is.

“I think that is one of the most endearing and heart-warming things I’ve seen. And, if Danny senior is watching I’m all for it.”

Last week, Piers apologised to Danny – who plays Mick Carter in EastEnders – over the comments he’s made about the reality series.

Piers has been openly critical of the reality show, even calling the contestants “braindead zombies”.

Trying to clear the air on the one-off special of Good Evening Britain, Piers told Danny: “You may have been led to believe from social media that I’ve spent the last three weeks calling every contestant a ‘bunch of brain dead zombies’.

“I’d like to clarify that obviously doesn’t include anyone in the villa who is called Dani Dyer, which I believe is your daughter.”

He added: “There’s been a terrible misunderstanding. She is a shining oasis of intelligence and beauty and grace.”

Piers added: “I’m sorry. I’m sorry about any misunderstanding that may have arisen.”

Jack told his girlfriend: “I actually feel like I’m in love with you,” to which Dani replied: “I do feel I love you.”

The couple have really struggled while being separated over the past few days, particularly as a shock Love Island twist saw Jack’s ex-girlfriend, Ellie Jones, enter the villa.

But Jack stayed loyal to Dani and the pair were reunited on Monday night.

Who is your favourite couple on Love Island? Leave us a comment on our Facebook page @EntertainmentDailyFix and let us know!