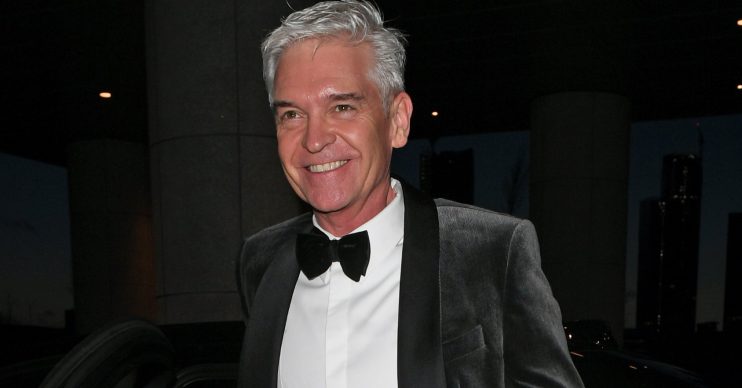 The presenter has launched a property firm with wife Stephanie

TV’s Phillip Schofield has reportedly ploughed his cash into into a property firm he set up with wife Stephanie.

It’s been said the This Morning presenter set up Fistral Properties Ltd last March but is yet to file any accounts for the firm.

Phillip, 57, who recently came out as gay with the full support of Stephanie and their daughters Ruby and Molly, also has a company for his television work called Fistral Productions Ltd.

The family recently enjoyed a trip to Paris following Phillip’s emotional announcement on social media and subsequent interview by Holly Willoughby on This Morning.

Read more: Phillip Schofield says there is ‘no-one else’ as he rules out gay relationship for now

As well as This Morning, Phillip hosts Dancing On Ice with co-presenter and best friend Holly and has a string of TV successes under his belt.

He is also due to present a new ITV travel show this spring with weather girl Lucy Verasamy.

He shot to fame back in 1985 fronting Children’s BBC with well-loved puppet Gordon The Gopher and went on to present shows including National Lottery Winning Lines, Text Santa, and Schofield’s South African Adventure.

Phillip, reportedly worth around £8 million, is also the face of We Buy Any Car, appearing in TV and radio ads for the company.

The multi-talented star has also appeared on the West End stage in Joseph And The Technicolour Dreamcoat, replacing Jason Donovan in the early 90s, and as Doctor Doolittle in 1998.

While starring in Joseph he released a cover of the show’s Close Every Door, which reached number 27 in the UK singles chart.

Earlier this month, he came out as gay and said in a statement: “You never know what is going on inside someone’s seemingly perfect life, what issues they are struggling with, or the state of their wellbeing – and so you won’t know what has been consuming me for the past few years.