Phillip Schofield's eldest daughter Molly has declared she is so proud of her This Morning star dad following his coming out.

Phillip, 57, stunned fans on Friday after revealing he is gay, despite being married to Molly's mum Steph for almost 27 years.

But following an emotionally-charged interview on This Morning, where he discussed his decision to come out with co-star Holly Willoughby, Molly has thrown her support behind him.

Read more: Phillip Schofield reveals his mum's blunt reaction to him coming out as gay

According to The Mirror, Molly shared a picture on her locked Instagram account of herself with Phillip, her mum and younger sister Ruby, 24.

Tagging her father, she said she loved him and was so proud.

Former children's television presenter Phillip first revealed he is gay in a long statement posted to Instagram on Friday morning. 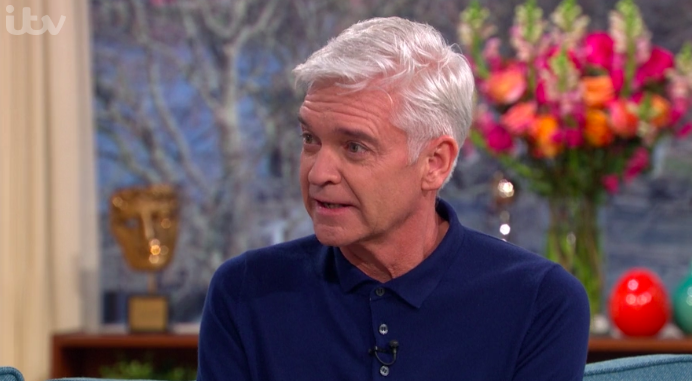 Phillip has spoken about the moment he told Molly and Ruby he is gay (Credit: ITV)

In the statement, he credited Stephanie and his daughters for supporting him, but admitted his decision to come out as gay had sparked "many heart-breaking conversations".

He said: "This is something that has caused many heartbreaking conversations at home.

"I have been married to Steph for nearly 27 years, we have two beautiful grown up daughters, Molly and Ruby.

Getting our essential fix of Walt 😊@disneyland

"My family have held me so close: they have tried to cheer me up, smother me with kindness and love, despite their own confusion.

"Yet still I can't sleep and there have been some very dark moments."

Minutes after releasing his statement on social media, Phillip joined Holly on the This Morning sofa for an emotional interview. 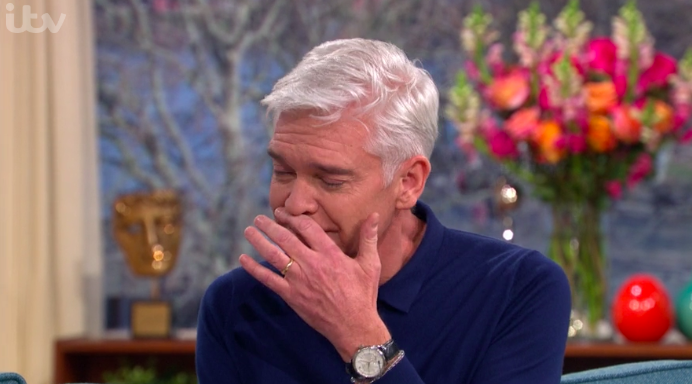 Phillip struggled not to cry when speaking about his girls on This Morning (Credit: ITV)

Read more: Ruth Langsford 'ends feud with Phillip Schofield' as she hugs him live on This Morning

During the chat, he struggled to hold back tears as he spoke about his wife and their daughters - who he said were watching at home.

When Holly asked about the moment he told Molly and Ruby, a tearful Phillip said: "It wasn't easy. But they were...they are...so amazing in their love and support.

Us four is what we always call ourselves. We'll always be that.

"I sat them down and I told them and they jumped up and they gave me a hug. A big hug, a long hug.

"Us four is what we always call ourselves. We'll always be that."