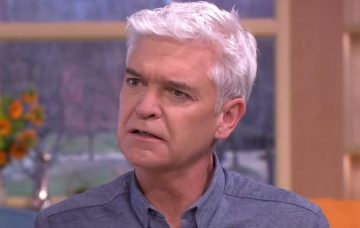 Ant has said he will return to treatment following Sunday's incident

This Morning hosts Phillip Schofield and Holly Willoughby have spoken out about their friend Ant McPartlin after his arrest on suspicion of drink-driving was made public.

The TV presenters appeared sombre on as they addressed recent headlines about Ant, which have seen him step down from his current television commitments in order to return to rehab.

Phillip said they were “shocked and saddened” by the news and that it was difficult for them to talk about because they were “talking about a friend”.

Phillip added: “The overwhelming feeling we believe has to be that, no matter who you are, no matter what you do, if you get into a car having had a drink the responsibility is entirely yours.

“We wish Ant and all those involved in these sad events all the very best.”

Holly said: “We want to wish those shaken and upset by the collision a quick recovery and personally for Ant, we hope he gets the time and space to return to full health.”

The two This Morning presenters were criticised by fans on Twitter on Monday for not speaking of Ant’s arrest, despite it being covered on ITV’s other daily programmes including Good Morning Britain.

Ant, 42, was involved in a collision with two other cars while he was driving his Mini in Richmond, west London, and was arrested at around 4pm on Sunday after failing a roadside breathalyser test.

A Metropolitan Police spokeswoman said he was “taken to a south London police station for questioning and has since been released under investigation”.

Police previously confirmed that a number of individuals were treated at the scene for minor injuries, and a child passenger from one of the cars was taken to hospital to be checked as a precaution.

On Wednesday evening, police confirmed that Ant had been charged with drink driving.

A statement from the Metropolitan Police said: “A man has been charged following a road traffic collision in Lower Richmond Road, SW14 that occurred on Sunday, 18 March.

“He will appear at Wimbledon Magistrates’ Court on 4th April.”