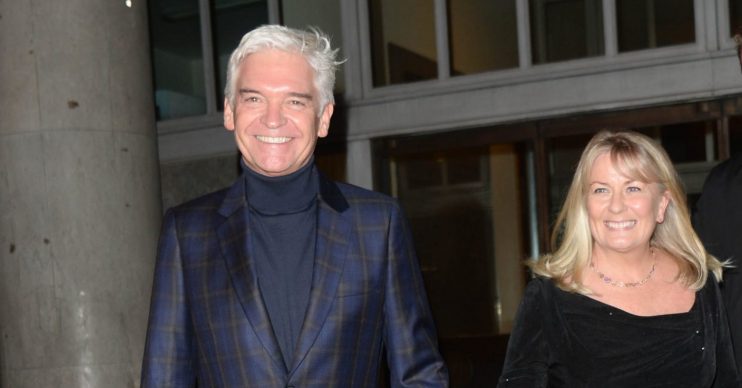 There has been an outpouring of love and support for Phillip Schofield since he revealed that he was gay in a lengthy social media post and a subsequent interview with Holly Willoughby on Friday. But many fans have also expressed their natural concern for his wife of 27 years, Stephanie Lowe, and the couple’s two […]

There has been an outpouring of love and support for Phillip Schofield since he revealed that he was gay in a lengthy social media post and a subsequent interview with Holly Willoughby on Friday.

But many fans have also expressed their natural concern for his wife of 27 years, Stephanie Lowe, and the couple’s two grown-up daughters, Molly and Ruby.

Now Stephanie has broken her silence, telling The Sun on Sunday: “We’ve had to face the most emotionally painful time in our 27 years of marriage.”

Yesterday, Phillip’s daughter Molly shared a message on her private Instagram, telling her dad and her followers that she loves him and is proud of him.

At the forefront of Phillip’s mind is protecting his three girls, his family, who he says have shown him the most incredible kindness and love.

He sat down with The Sun on Sunday for an exclusive interview after Friday’s emotional coming out and hinted they were to thank for him not sinking into an even darker place as he grappled with depression over his secret.

The 57-year-old said: “There is no doubt living with this kind of secret can take people to the darkest of places.

The This Morning star became “depressed” after hiding his sexuality for so long, and said his decision to come out came as the secret was starting to “damage” him.

Speaking to the newspaper, he explained that he had poured his heart out for an hour and sobbed as he tried to figure out his way forward.

Holly said she has “never been more proud of my friend than I have today”, and read out Phil’s statement, before he reflected on how he is feeling.

He said: “It’s funny, because everyone I’ve spoken to, you, have all been so supportive, loving and caring, and my entire family, to a person, have grabbed us and said, ‘It’s OK, it’s OK. We love you, we’re proud of you.’

“We spent a lot of time together and they’ve been supporting us as we got to this moment.

“I feel a little lighter but I’m very aware there is no question it causes pain and upset. We’ve never had any secrets.”

“I’m not saying I didn’t know. Whatever was ‘there’ I thought, ‘OK, whatever this is, you stay back because I am happy’.”

“I admit I was perhaps a bit naïve,” he explained. “But when we got married it was a joyous time and it wasn’t a consideration in my head.