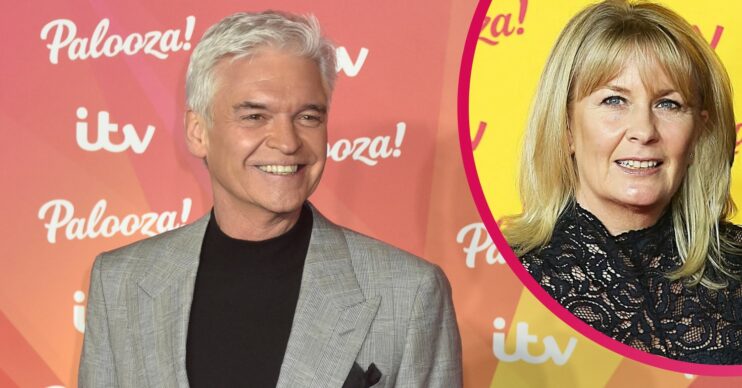 Phillip Schofield revealed a heartwarming gift his estranged wife, Steph, gave him on his birthday.

The ITV star turned 60 on Friday (April 1) and took to Instagram to share a couple of the presents he received with his three million followers.

On Friday (April 1), Phillip turned 60 years old. Yesterday (Sunday, April 3), the host of This Morning took to Instagram to share pictures of a couple of the gifts he’d recieved from his family on his big day.

One of the gifts that Phillip shared with his followers came from his estranged wife, Steph.

Read more: Where are Phillip Schofield and Holly Willoughby on This Morning? Duo replaced today

Steph got the star a painting that depicts his career in television. It consists of little drawings of some of the shows Phillip has worked on throughout his career, including This Morning, The Cube, and Dancing On Ice.

There are also little drawings of some of the London-based buildings he’s worked at throughout his long career.

“My amazing birthday pressie from Steph,” Phillip captioned the post. “My career in a painting from @carolinedrawsmaps thank you.”

The 60-year-old also uploaded a picture of the present his daughters, Molly and Ruby, had got him too.

Phillip spent his birthday with his estranged wife, Steph, and his daughters, as well as some celebrity pals.

He shared a short video of his birthday celebrations on his Instagram story yesterday (Sunday, April 3).

In the video, Phillip can be seen sitting next to Steph and his daughters as friends sing Happy Birthday to him. Ant and Dec and their wives can be seen in the video too.

Phillip spending his birthday with Steph is no surprise, as they have stayed close since their split back in 2020.

So close, in fact, that during celebrations for Phillip’s 40th TV anniversary, Steph bought her estranged husband a bouquet of sunflowers. She also appeared via video call during a special episode of Lorraine to congratulate him on the milestone.

What else has Phillip been up to recently?

In other news, Phillip and his This Morning co-host, Holly Willoughby, are set to be absent from the show for a couple of weeks this month. The duo were replaced on the show today, and won’t be returning until April 19.

There’s a simple explanation as to why the duo aren’t hosting the show for the next few weeks – they’re on their annual easter break.

Dermot O’Leary and Alison Hammond as well as Josie Gibson and Vernon Kay will be fronting the show until Holly and Phillip return.

Some viewers were unhappy with the fact that Holly and Phillip are going to be absent over the next few weeks.

“#ThisMorning is it just me or are Holly and Phil hardly ever presenting This Morning??” one viewer asked.

“#ThisMorning Phil and Holly off for Easter? Easter isn’t for another bloody week etc. Talk about skiving,” another grumbled.