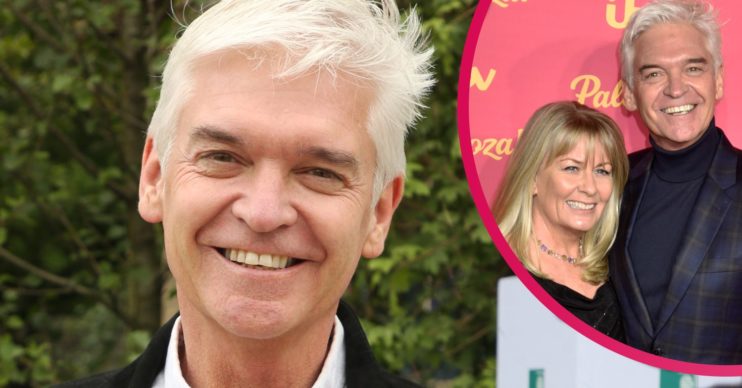 Phil and Steph have been married for over twenty-five years

Phillip Schofield is reportedly transforming his family garage into a bachelor pad.

The This Morning star, 58, is reportedly converting the garage into a two bedroom luxurious apartment.

Phil, is still married to his wife Stephanie Lowe, 56, after coming out as gay seven months ago.

According to The Sun, the garage conversion will include two bedrooms, two bathrooms and a large kitchen.

A source told the paper: “Phillip and Steph are getting on really well and are in no rush to make any big decisions.

“This annex can be used by any member of the family at any time — and is a great investment long-term, adding value to the property.”

Ent Daily has contacted reps for Phillip for comment.

He has continued to live with her despite contradicting reports.

After tabloids claimed he had moved into a London flat earlier this year – he defiantly hit back at the rumours.

After a fan accused him of breaking lockdown rules, he replied on Instagram: “Where did you get that I’d moved out…. oh yeah the papers.”

In fact, Phil continuously shared footage of him at his sprawling Oxfordshire family home throughout lockdown.

He stunned the nation back in February when he announced he was gay on This Morning.

In a statement shared to his social media, he profusely thanked his wife Steph for all of her support.

Phil shared on Instagram: “With the strength and support of my wife and my daughters, I have been coming to terms with the fact that I am gay.

“Yet still I can’t sleep and there have been some very dark moments.

“My inner conflict contrasts with an outside world that has changed so very much for the better.

“Today, quite rightly, being gay is a reason to celebrate and be proud.

“Yes, I am feeling pain and confusion, but that comes only from the hurt that I am causing to my family.”