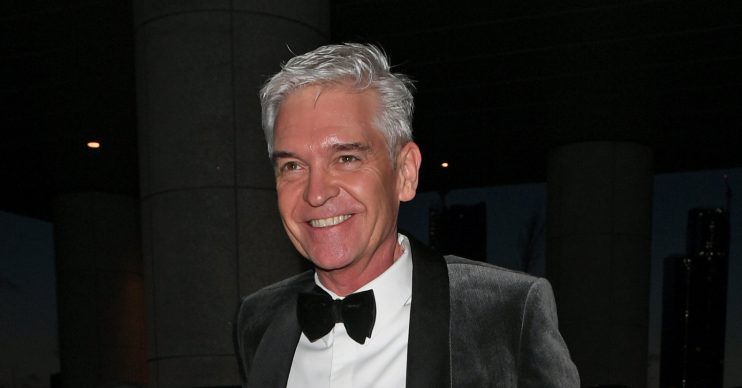 He came out as gay earlier this month

Daytime TV presenter Phillip Schofield has returned to social media to thank fans for their support.

The This Morning presenter, 57, courageously came out as gay both on social media and live on the show earlier this month.

But now Phillip has taken to  Snapchat to thank his fans.

Read more: Phillip Schofield reveals the stress of coming out has made him ‘skinnier than in Joseph’

In his message, he said: “I may not have been posting, but I’ve been reading your incredible messages of support.

“You have taken #bekind to the best level on here.”

I may not have been posting, but I’ve been reading your incredible messages of support.

The #BeKind hashtag movement began after the tragic death of Caroline Flack at the weekend, and referenced an old Instagram post the tragic star shared with fans.

“In a world where you can be anything, be kind,” it said.

Social media users urged each other – and online trolls – to be kinder to people who are both in the public eye and out of it.

Phillip himself paid a tribute to Caroline the day she passed away (Saturday February 15 2020).

He wrote on Instagram: “You poor poor darling girl, my heart is breaking, #BeKind.”

Then, on the following day, Phillip appeared choked up while paying tribute to Caroline on Dancing On Ice.

He struggled to get his words out and choked back tears as he spoke movingly about the late Love Island presenter.

He said on the show: “Welcome to Dancing on Ice. We’d like to begin tonight’s show by taking a moment to remember Caroline Flack in light of yesterday’s awful news.”

Co-host, Holly Willoughby, stepped in and asked viewers to ‘be kind’.

Earlier this month, Phillip shocked the showbiz world when he revealed he was gay to the nation.

In an emotional revelation, he told fans: “You never know what’s going on in someone’s seemingly perfect life, what issues they are struggling with, or the state of their wellbeing – and so you won’t know what has been consuming me for the last few years.

He soon received an avalanche of support, and his wife, Steph, vowed to stand by him saying that she loved her husband “as much today as I ever have”.