There's always a risk with live television that anything can and often will go wrong.

And, during today's episode of This Morning (Thursday 23 May), Phillip Schofield once again found out for himself how tricky it can be.

Phillip and co-host Holly Willoughby were chatting to the cast of BBC soap Doctors ahead of the British Soap Awards when they were forced to halt the interview because of technical problems. 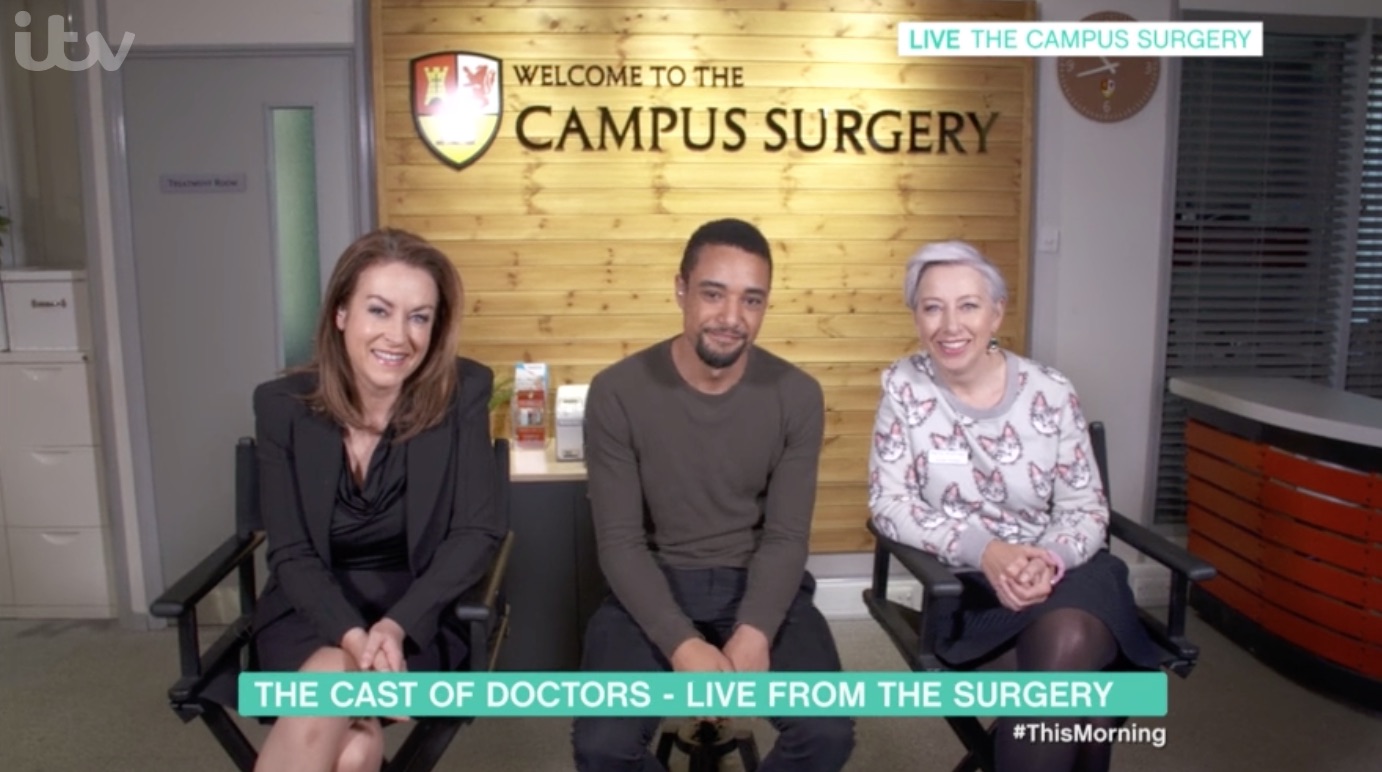 The cast was being interviewed in Birmingham (Credit: ITV)

During the chat with Elisabeth Dermot Walsh, Ashley Rice and Sarah Moyle their live link was cut off.

The cast was being interviewed on-set in Birmingham.

Sarah explained that a helicopter noise was heard on the mic because one was flying overhead.

Thankfully the issue was resolved and the interview continued. 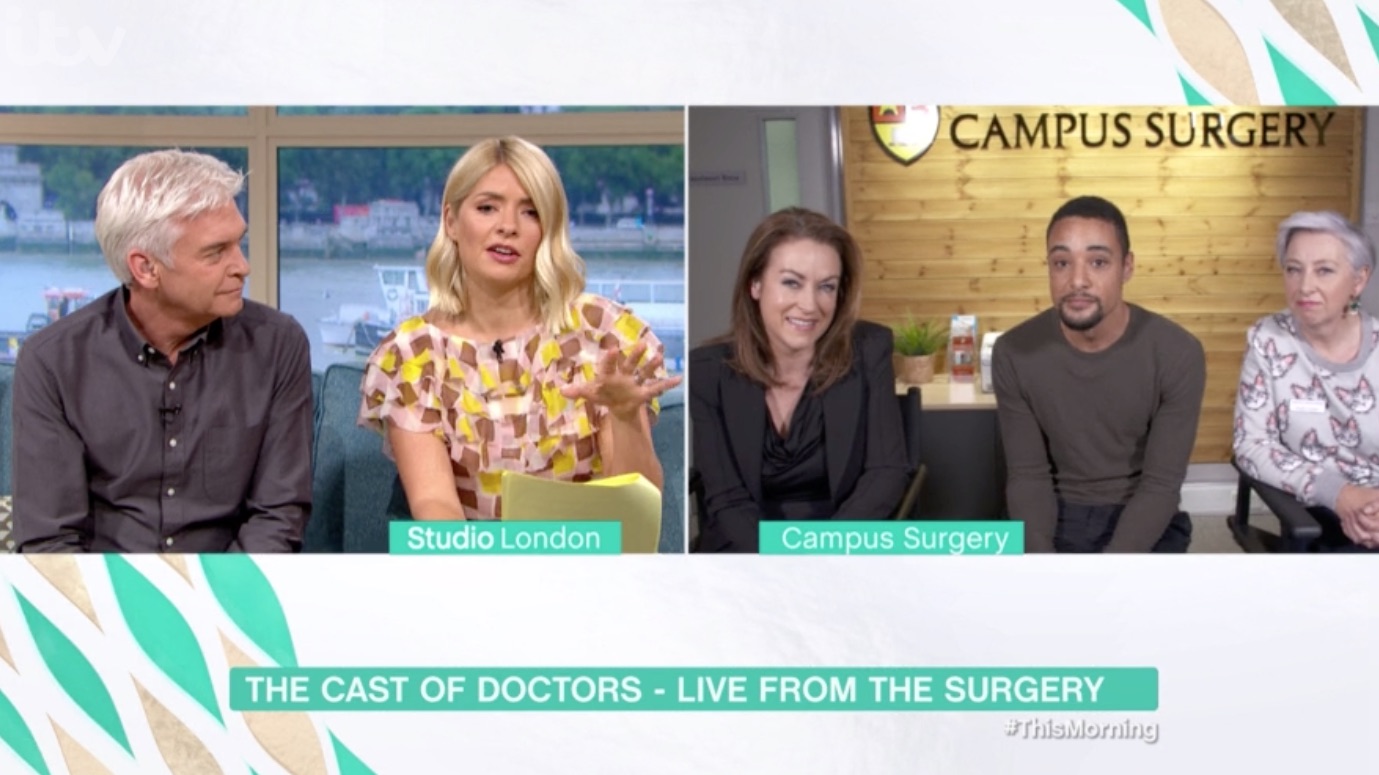 This isn't the first time Phillip and Holly have had to endure technical difficulties during live interviews.

Earlier this week, Phillip and Holly were forced to cut short an interview with SAS: Who Dares Win presenter Anthony Middleton.

Due to mic problems, viewers struggled to hear what Anthony was saying.

Phillip had to call one of the production staff onto the set to help fix the problem.

"I'm worried that anyone who came over out of your field of vision would have been taken out right there," he joked.