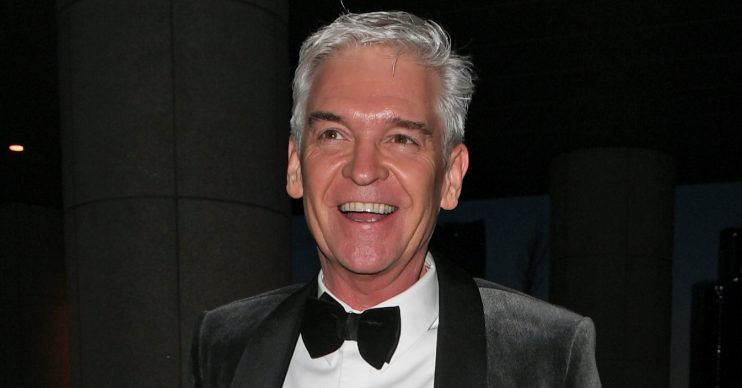 He came out as gay last week

TV’s Phillip Schofield stopped Dancing On Ice rehearsals to discuss his decision to come out as gay, according to pro-skater Matt Evers.

Matt told Heart.co.uk: “I think at one point in rehearsals he kind of stopped production and said ‘OK I just need to say this, I don’t want to be the elephant in the room anymore, if you want to give me a hug, give me a hug.’

Read more: Phillip Schofield reveals the stress of coming out made him ‘skinnier than in Joseph’

“He was very sensitive to the viewers at home as well and he kinda wanted to get that out in dress rehearsal before we were live and it was a really nice moment.

I don’t want to be the elephant in the room anymore.

“Holly teared up and there was about five or six of us that were stood around at him at that point and we just all kind of gave him a hug and said ‘do you know what, you’re gonna be fine.'”

Matt added: “Anybody that goes through that at whatever point in their life, when you start living your real truth, you just become more of a loving person, and not that he wasn’t loving previously but there’s a weight that is lifted off of your shoulders.”

Phillip first released a statement on social media before being interviewed live on This Morning by co-presenter and best friend Holly Willoughby about his decision to come out as gay.

When you start living your real truth, you just become more of a loving person.

He wrote: “This is something that has caused many heart-breaking conversations at home. I have been married to Steph for nearly 27 years, and we have two beautiful grown-up daughters, Molly and Ruby.

Phillip’s sexuality was reportedly an open secret behind the scenes at This Morning.

A TV insider told the Daily Star: “Lots of people who work at This Morning have known Phillip is gay for a few years.

“It was an open secret among the team but none of them would have ever said anything about it publicly.

“Because Phillip had their trust, he could relax and not worry about being outed. This Morning became a safe space for him.”

Visit our Facebook page @EntertainmentDailyFix and let us know what you think about this story.