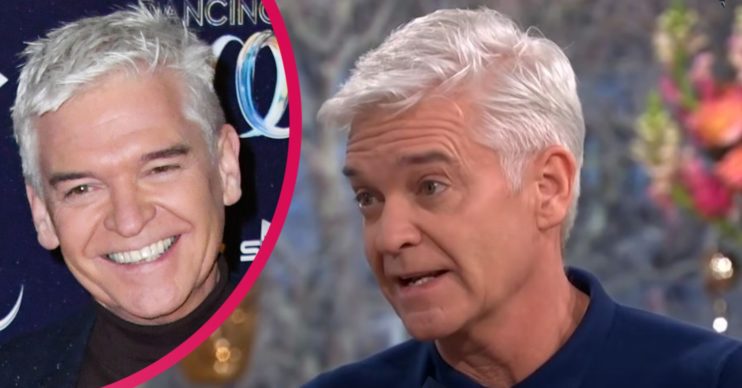 Phillip Schofield inadvertently sparked a row among fans with an Instagram post about his new book this weekend.

The daytime TV favourite and This Morning host shared a look inside his new autobiography, causing an argument to flare up in the comments.

The image related to Phillip’s autobiography, Life’s What You Make It, which he promised will be “deeply emotional” and truthful.

The book won’t be available until October, but Phil has been showing glimpses to his fans.

Phillip’s followers have rowed in the comments

The row erupted when one follower asked: “What’s the book’s subject?”

Another follower curtly replied: “As it’s an autobiography, work it out, duh.”

Comments ensued, calling out the “rude” and “unnecessary” response. One fan said: “Very cheeky comment from you, no need for it.”

Another said: “You are rude. So not necessary.”

A third demanded: “Was that reply really necessary?”

Another was shocked at the need for such a reply and said: “I looked at that [comment] and just thought, how sad that she chose to be sarcastic and put someone down. What makes people feel the need to do that? Their own inadequacies make them try and pull others down to feel good about themselves? Not the sort of follower Phillip would want.”

However, the initial commenter who called out the ‘obvious’ question defended herself. She wrote back: “Oh come on, it was a stupid question.”

Another follower backed her up, as she said: “Try following him properly then you would see that he’s said it’s his autobiography.”

“I’ve been honest and I’ve been me”

Phillip has promised this autobiography will be a tell-all book, uncovering all areas of his life. The autobiography is expected to lead up to the moment Phil came out as gay earlier this year.

In another Instagram post, Phillip said: “After being asked many times, and after many years of wanting to, I have written my autobiography. I wrote the first line of the book, in my head, when I was about 14.

“It took me until 2017 for me to finally write the first chapter and then I stopped because the time wasn’t right. It has certainly been something of a work in progress! Over the years I have been making notes of the stories and events of my life that I thought would tell my story.”

He continued: “I’ve been honest and I’ve been me.”