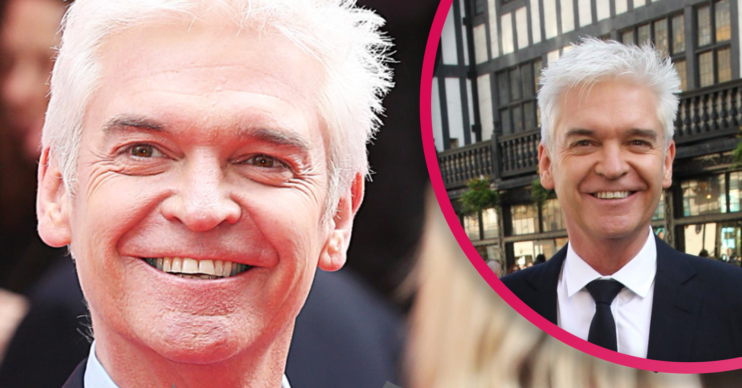 This Morning hosts warns of battles other people are fighting

The 58-year-old This Morning host highlighted that you never know the “battle they are fighting” in a meaningful message online.

Phillip reposted the thought-provoking quote on his Instagram Story.

The quote was first shared on the account of pilates and fitness instructor Jo Tuffrey.

It read: “Don’t judge people. You never know what kind of battle they are fighting.”

The telly fave later posted the message on his own profile and wrote: “So important Jo xx.”

The ITV star often uses his social media platform as a way to open up to fans.

Earlier this month, Phil admitted he was “emotional” after clearing out his late dad’s belongings from their family shed.

Phil was devastated when his father died over 10 years ago and has previously spoken of his grief on This Morning.

As he came across Brian’s old circular saw amongst a pile of sawdust, he said: “Clearing out my late dad’s garage. Just moved his circular saw, all the jobs he did like the rings of a tree.”

The TV veteran then went on to knock over the sawdust pile.

He added: “That made me very sad.”

Phillip also opened up about the aftermath of coming out as gay aged 58 earlier this year.

The dad-of-two shared his experience in a response to grieving mother, Alison Watson, and her fundraising efforts on Twitter.

Alison lost her son Morgan to suicide on May 17.

The mum wrote on JustGiving: “We are heartbroken at his loss and have started this fundraising page in the small hope that we can prevent others suffering as we are, losing someone they love as we love Morgan so much.

“Our hearts are breaking. Talking to whoever is so important for everyone, especially young men.”

In Phillip’s response, he agreed that talking to others about your problems is incredibly important.

He wrote: “Another heartbreaking story. There is strength in talking.

“Please don’t try to fight your head on your own. Talking saved me #bekind #talk”.

Phillip is set to get “deeply emotional” in a tell-all book.

He said he has made sure to be “honest” with his writing in Life’s What You Make It, which will be released in October.