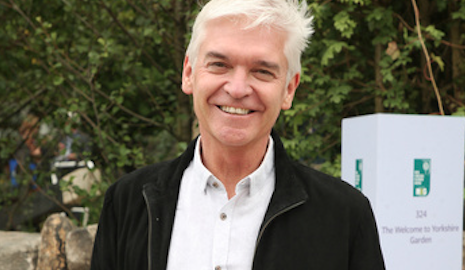 Phillip Schofield rubbishes tabloid reports, claiming newspapers have “got it in for me”

He has "no idea" why red tops are writing about him

This Morning host Phillip Schofield has shrugged off a spate of claims by tabloid newspapers, apparently suggesting claims he ‘blocked’ Amanda Holden from TV presenting roles are untrue.

The 57-year-old telly veteran responded to concerned fans on Twitter asking whether he had done anything in particular to upset the red tops following the latest story accusing him of being “overbearing”.

“Literally no idea, they’ve got it in for me at the moment,” Phillip replied.

He also rubbished the idea he had cost Britain’s Got Talent judge Amanda an opportunity to fill in for regular co-presenter Holly Willoughby during her stint down under for I’m A Celebrity.

Read more: Sheridan Smith “drunk” when she accused ‘mother-in-law’ of killing her dog

Amanda previously stood in for Holly on the ITV daytime show in 2015.

“How much of that do you think is true? 😂😂,” he laughed, dismissing an accusation highlighted by another social media user who observed Phil “comes across as the perfect gent”.

The Sun reported Amanda, 48, went to a top ITV exec to raise concerns that Phillip blocked her from becoming his co-host.

A former daytime TV exec was quoted as saying: “Phillip actively campaigned for Rochelle Humes to get the job despite Amanda being more experienced – and having been told privately she’d got the gig.”

Many of Phillip’s fans on social media, however, remain steadfast in their support for him.

“What a load of rubbish,” decided one Twitter follower.

“I don’t believe any of it,” concluded another.

And a third person contributed: “Quite funny really, who doesn’t love the silver fox?”