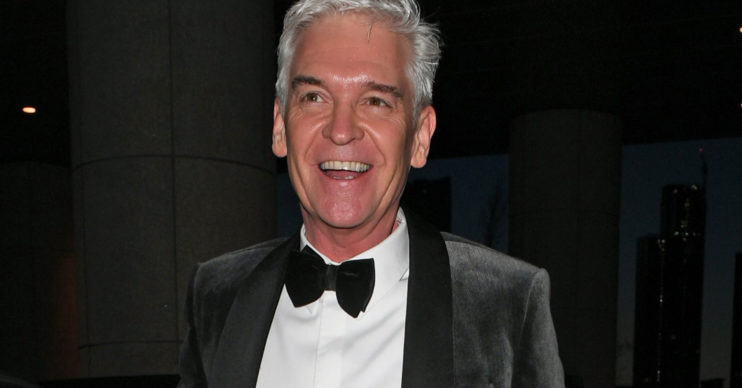 And it involves gin and tonic!

TV’s Phillip Schofield shared a hilarious clip of how he’s keeping fit in lockdown – and it involves gin and tonic!

The This Morning presenter took to Instagram to share his exercise regime with followers and we must say it looks like he’s found the perfect remedy to lockdown life.

Read more: Phillip Schofield ticks off This Morning producer for eating biscuits ‘in his ear’

What did Phil do?

Phil filmed himself jogging in the sunshine, all while sipping from a delicious looking glass of gin and tonic.

In the funny clip, Phil jogs along with his ice cubes clinking  as he jokes: “The trouble is, it’s extremely hard to run and not spill your gin and tonic.”

Continuing to jog along, Phil then manages to take a sip of his G&T, impressively not spilling a drop.

“All fine, all fine! Love a bit of lockdown exercise. Cheers!” he adds.

The light relief comes as Phil was slammed for making ‘disgusting comments’ about Donald Trump on This Morning yesterday (May 19).

Phil was discussing the US President’s comments about taking unproven drug hydroxychloroquine to prevent coronavirus.

After receiving lots of criticism over the comment, Phil later addressed what he said about Trump on Twitter and explained it was taken the wrong way.

The star tweeted: “Still in OFFICE!! Not still alive FFS!!!”

Phil is self-isolating at his family home near Henley-on-Thames in Oxfordshire with wife Stephanie and their two daughters, Ruby and Molly.

It was reported that the presenter, who came out as gay in February, had moved out of the family home into his own flat but Phil claims that is not the case.

He was also forced to deny a close family friend was his new boyfriend after posting a picture of them out for a social distanced walk.

Read more: Eamonn Holmes vows to strip off this Sunday after meeting naturists

“Thank you @sischofe… last person I had a drink with before the wheels fell off, first I’ve seen as we try to reattach them!”