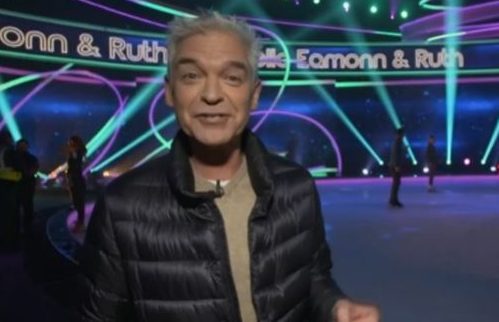 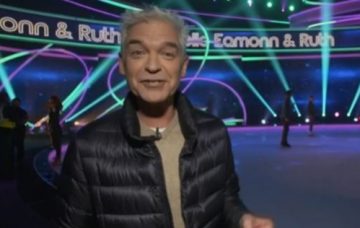 Phillip Schofield returns to This Morning – and let slip a secret!

Ever wondered how Holly and Phil walk on ice?

Phillip Schofield was back on This Morning today – but he wasn’t on the sofa!

The beloved presenter hasn’t been on the ITV daytime show since December 15, when he and co-host Holly Willoughby fronted their last show before taking a break over Christmas and New Year.

Following the festive season, This Morning returned to screens on Monday, with Eamonn Holmes and Ruth Langsford taking over while Phil and Holly continued their holiday.

But the holiday has now come to an end for Phil, as he returned to This Morning.

Rather than fronting the show from the studio, he was reporting live from backstage at Dancing On Ice, where he let slip a fascinating fact about the programme.

Phil and Holly will co-host the revamped Dancing On Ice, which kicks off this Sunday night.

While Holly, who was vacationing in the Caribbean earlier this week, didn’t appear, Phil was on hand to explain the new studio and interview some of the celebrity skaters.

He also answered a burning question from Eamonn: do Phil and Holly have to wear skates when they present from the ice?

The answer? No chance!

Phil laughed: “I’ll tell you now, if Holly and I go out on the ice, they put a white carpet down and we walk in our normal shoes.

“If we have to go out without a white carpet, there are special snow gripper things they put on our shoes so we don’t fall over.”

Phil said the huge ice rink is based at Bovingdon Air Field and accessible only via the runway!

“This studio is specially built and it took months,” he told Eamonn and Ruth.

“We have our new rink, the judges’ area, massive screens that are all new.”