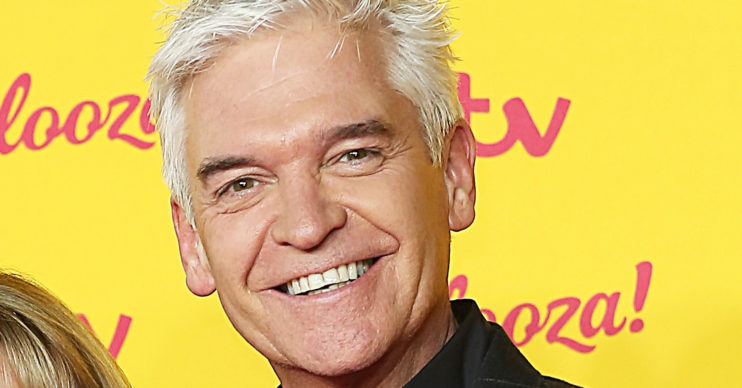 Phil said he performed CPR on his dad Brian

Phillip Schofield has recalled the night he saved his dad’s life after he suffered a heart attack.

The This Morning presenter opened up about the incident in his new book, Life’s What You Make It.

Phil said he and his family were living in Auckland, New Zealand, at the time and his dad had returned home from a local art class.

Phil explained his dad ran up the hill from the class after he accidentally locked his keys in his car.

The star said his dad drank a glass of water before sitting with them all in their living room.

Read more: This Morning: Phillip Schofield reveals he fled set to be sick as he kept sexuality a secret

Phil said he then saw his dad have a heart attack in his chair.

He called it a sight he “will carry with him forever”.

The star wrote in his memoir: “I pulled him from the chair on to the floor. He was dead.

“I have no idea where I had seen CPR or mouth to mouth, but it had to have been on television because, back then, there were no lessons or any real awareness and I’d never been in a situation like that.”

“Nothing was happening. I kept trying.”

Phil said he continued performing CPR until the paramedics arrived.

Thankfully, they managed to get his dad stable and took him to hospital.

I pulled him from the chair on to the floor.

Meanwhile, his father Brian spent a number of days in intensive care to recover but survived the heart attack.

Meanwhile, in his new book, Phil opened up about his mental health struggles over coming out as gay.

The star explained he couldn’t face filming This Morning one day and another he had to flee the set to be sick.

Speaking about missing work one day, Phil added: “It was the first time my issues had spilled over into work.

“Another day I had to leave a fashion item to be sick. I now knew that I needed professional help.”