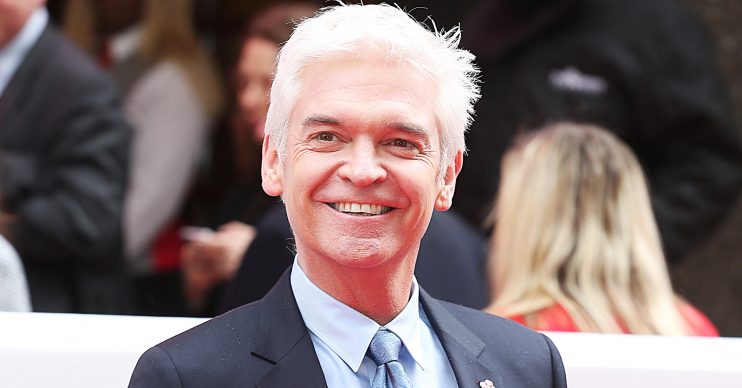 It's something to do, isn't it!

Phillip Schofield has posted a video to his Instagram stories of what he’s getting up to during his time in lockdown.

As host of This Morning, Phillip, alongside co-star Holly Willoughby is considered a ‘key worker’, essential to bringing us daily updates.

But that’s only Monday to Thursday, so for the weekend he is like the rest of us, in lockdown.

And it seems he’s finding it equally as difficult to cope as he necked gin from a very large bottle!

Originally pouring himself a normal-sized glass of gin and tonic, Phil decided to just go for it with the bottle and no tonic instead!

Hopefully he’s following the World Health Organisation’s advice not to turn to drink while in coronavirus lockdown!

Earlier this week, viewers of  This Morning called for the show to stop filming amid the coronavirus pandemic.

Most Brits are only allowed to leave their homes for essential items, exercise, or if they absolutely cannot work at home. So some were questioning why Holly and Phil were allowed on air.

Earlier in the week, Phillip had insisted the daytime show is still on because it’s considered a “necessity” by Government.

Along with Good Morning Britain, the programme is providing the latest news surrounding the crisis for its viewers.

However, on Wednesday’s show (March 25), viewers called for the programme to stop broadcasting.

They told Phil and Holly Willoughby to go home like they’ve been telling their viewers to do.

But some were pleased the show was remaining on air. They praised it for keeping the nation’s spirits up in such challenging times.

Coronation Street and Emmerdale have stopped filming. They have also cut the number of episodes broadcast.

In a statement released on Friday, ITV boss Kevin Lygo said: “ITV’s aims are to serve up as much information, guidance and entertainment as possible to help people to get through this extraordinary time.

“That’s why we’ve put exciting new shows into the schedule while doing everything possible to keep our live daytime programmes on air to speak directly to you each day, along with our rock solid news bulletins.”