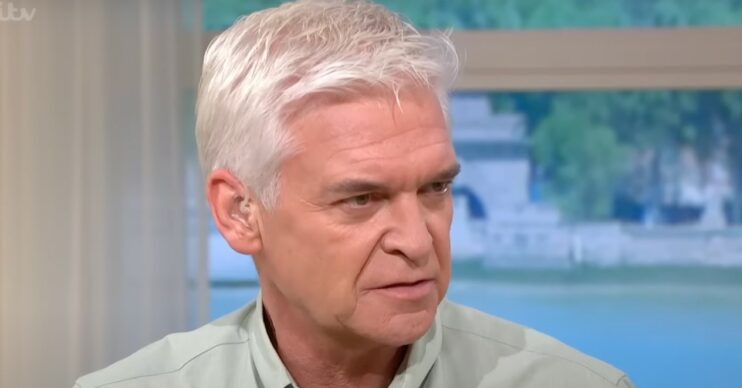 The This Morning star didn’t seem to be enjoying his face mask beauty treatment yesterday afternoon!

The TV star was given a hydrogel face mask – which promised to hydrate, tone, and give him a youthful glow.

However, the treatment, which was supposed to be relaxing, seemed anything just.

Phillip just couldn’t seem to be able to reposition the face mask, no matter how much he tried.

In short clips on his Instagram story, Phillip gave his three million followers a glimpse at his hilarious beauty treatment disaster.

In the Stories, Phillip desperately tried to readjust the face mask. One story was even captioned “Help!!!”.

“Ahh, I’m rubbish at this – it’s stuck in my eye,” he exclaimed at one point.

As Phillip continued to struggle with the mask, he began to laugh.

“I’m so [bleep] at this,” he laughed as the mask slipped.

He later took a picture of the mask, off his face on the floor, saying it looked “like horror movie”.

The 60-year-old’s beauty disaster came just the day before he bravely opened up about his own mental health struggles.

During today’s edition of the show, Phillip spoke about the ‘dark times’ he’s been through in his life.

His opening up came during a segment about a new campaign launched by CALM – a suicide prevention charity.

“The key is to talk to people,” Phillip said.

“I went through some very, very dark times and I leaned heavily on my friends – as Holly knows,” he continued.

“So you have to talk to somebody, you can’t do it on your own,” he added.