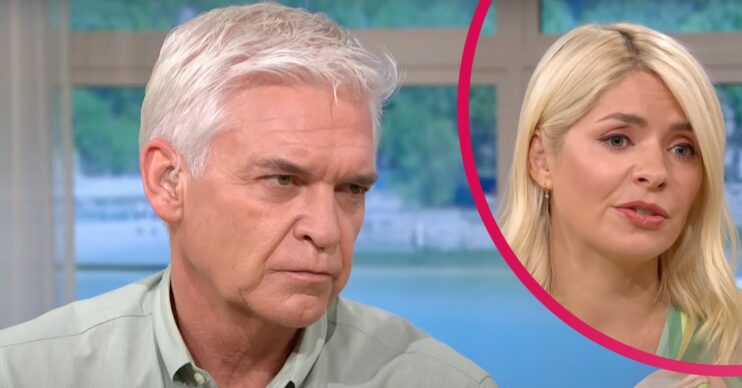 Phillip Schofield discussed how he escaped from a dark period of his life with the help of Holly Willoughby.

The 60-year-old’s emotional confession came during today’s edition of This Morning (Wednesday, June 21).

During today’s show, things took a serious turn as Phillip discussed the “dark times” he’s been through in his life.

Statistics recently released by the charity show that the number of people who have lost their life to suicide has increased to 125 a week in the UK.

Read more: Phillip Schofield and Kelly Holmes in tears as she makes heartbreaking confession after coming out as gay

It was during this segment of the show that Phillip opened up about his own mental health struggles.

“The key is to talk to people…,” the star told viewers.

“I went through some very, very dark times and I leaned heavily on my friends – as Holly knows – so you have to talk to somebody, you can’t do it on your own.”

During the segment, Phillip and Holly were joined by Strictly Come Dancing judge Shirley Ballas.

Shirley is a face of the new campaign after losing her brother to suicide in 2003.

The 61-year-old was quick to echo Phillip’s words during her appearance on the show.

“We are in 2022 now, there are many organisations where you can reach out to communicate on a small level,” she said.

“We’re in a moving world with social media, life goes so fast, and if you just take a step back, a breath, a moment, and listen and really try to see your family or friend,” she continued.

The interview with Shirley proved to be a very emotional one.

Shirley’s brother, David, was just 44 when he took his own life in 2003 following a battle with depression.

His image is currently part of an exhibition from CALM on London’s South Bank. The exhibition consists of pictures of people smiling before they died due to suicide.

Wiping away tears, Shirley said: “Seeing my brother there in display in Southbank brought everything back. If I knew now what I knew then I could’ve helped.”

“Everybody loved him. He was a big brother, he was like a father. He was everything to me,” she continued.

“He was really the last person that I would ever think would take his own life.”