Phillip Schofield and Holly Willoughby were forced to start Thursday's This Morning with an apology.

The presenters had to explain why an earlier live segment they had recorded for the show went hilariously wrong.

"Before we go on, I thought we ought to explain this," Phillip said as they cut to the earlier clip. 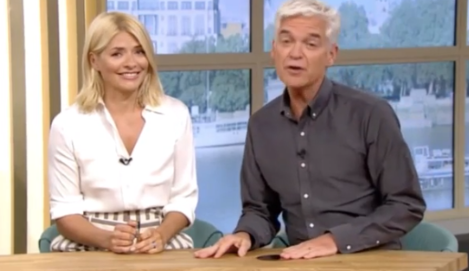 Holly and Phil had to start Thursday's This Morning by saying "sorry" for their earlier behaviour (Credit: ITV)

On it, the pair had been teasing what was coming up on the show and Holly had to promote the Backstreet Boys return by saying: "Backstreet's Back, alright?"

That's so bad, I can only apologise.

However, it led to her having a fit of giggles making her remaining words incomprehensible.

Her amusement also tickled her co-host Phil, who also couldn't contain his laughter as he tried to carry on and say Gok Wan would be on the show. 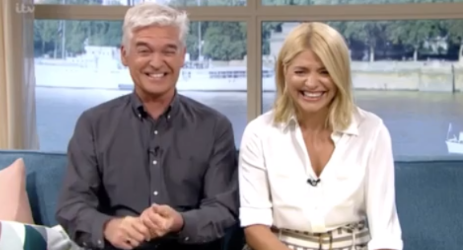 The pair had descended into giggles during a live ad to promote the show (Credit: ITV)

"I'm sure we'll explain this later, I'm sorry!" he laughed as the broadcast ended with the pair in fits of laughter with their head in their hands.

Fully composed when the show started at 10.30am, Holly said watching the clip back: "That's so bad, I can only apologise."

She then explained: "Basically, what it was, I had to say Backstreet's Back, alright? But you can't just say it, it sounds weird,  you have to sing it.

"And I said, 'you know what I am like with singing, I have the confidence but not much of the skill or ability' and so I was giggling." 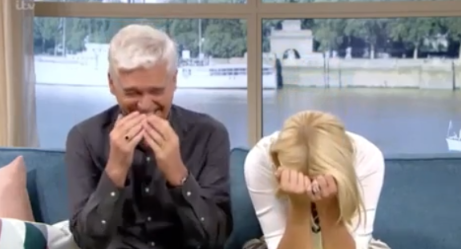 The ad ended with the presenters with their heads in their hands, leaving viewers wondering what was so funny (Credit: ITV)

Phil continued: "As soon as we got to the Backstreet Boys bit we knew we were in trouble. And I thought I had it together and then you went."

He added: "We can only apologise. There is nothing more annoying than someone laughing when you don't know why... so now you know why."

Of course, it's not the first time the pair have been unable to hold it together on air, as they often dissolve into fits of giggles. 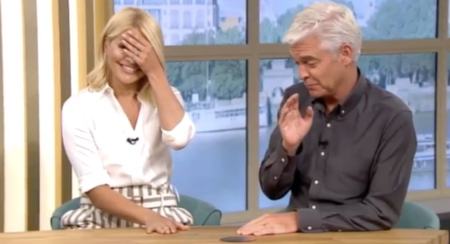 Holly explained they were amused by her having to say "Backstreet's Back, alright?" (Credit: ITV)

"I can't even cope with @Schofe & @hollywills when they start laughing. I'm laughing just as much I don't even know what they're laughing about #ThisMorning," wrote one on Twitter.

"#ThisMorning laughing before it even begins deep breaths you two @Schofe @hollywills," said another. 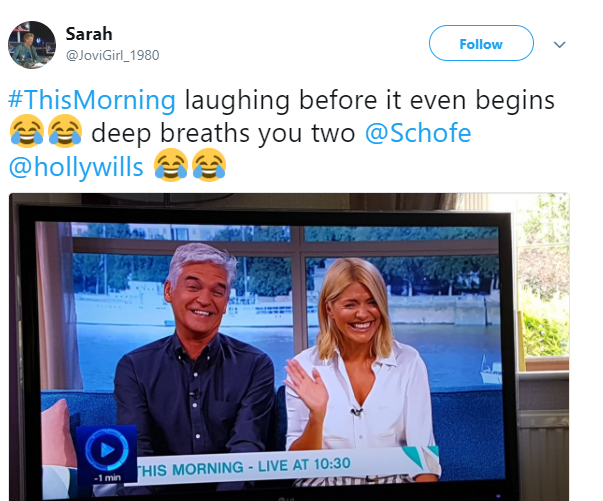 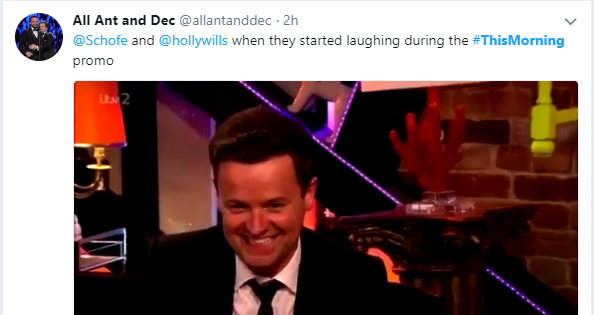 But others were not so amused.

"Ok, but what about all the other annoying laughing?" said one, following Phil's explanation.

"The 'off script laughing' is really boring and old right now, less is more," said another.

Do you find Holly and Phil's fits of laughter amusing or annoying? Leave us a comment on our Facebook page @EntertainmentDailyFix and let us know what you think!