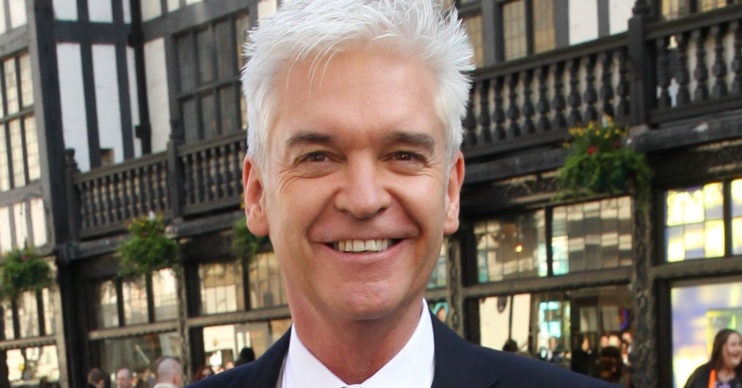 He hasn't had his hair trimmed since lockdown

TV’s Phillip Schofield has finally got his hair cut by a stylist after four months.

Like millions of people across the UK, the presenter, 58, hasn’t been able to get his silver locks trimmed due to the coronavirus pandemic.

However, on Saturday (July 4), hairdressers were allowed to reopen.

On Monday, Phil had his hair cut by hairdresser Lino Carbosiero after hosting This Morning.

Lino was wearing a face visor and gloves while Phil also sported a mask.

In a video shared to his Snapchat, Phil said: “Well Lino, how long has it been?”

Lino replied: “Four months,” to which Phil asked: “Pardon, I can’t hear you.”

Phil said: “What? What a bloody palaver.”

Meanwhile, on today’s This Morning (July 6), Phil was left stunned when a guest admitted to having a crush on him.

Josie Gibson was in South Wales to investigate the disappearance of two garden gnomes and spoke to resident Naomi.

Naomi explained: “Two of my seven dwarfs have disappeared on separate evenings and also another gnome that wasn’t connected to this group.”

Josie said: “While I’m down here doing my detective work, you’ve also got another confession to make haven’t you Naomi?

“What would that be?”

What did Naomi say?

Back in the studio, Phil was in hysterics.

Josie asked: “Are you still in love with him now?” to which Naomi admitted: “Yes.”

Phil then blew Naomi a kiss through the camera as he said: “Lots of love Naomi and thank you.”

Have you had your hair cut? Or have you booked in an appointment? Leave us a comment on our Facebook page @EntertainmentDailyFix and let us know.