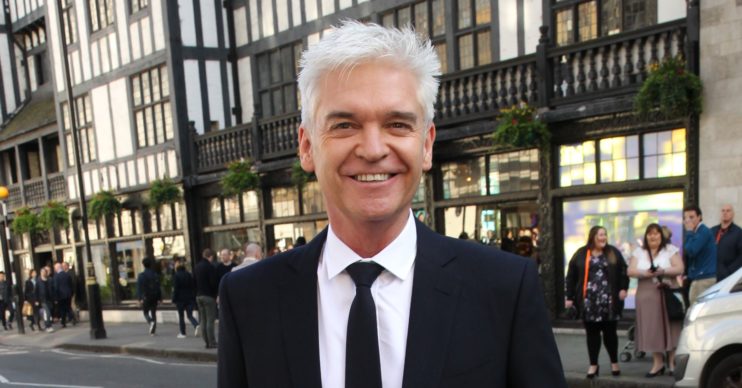 He's not called the Silver Fox for nothing

Phillip Schofield stunned the showbiz world when he came out as gay on This Morning earlier this year.

But new reports claim that when he was younger Phillip was a “ladies man” who wrote “passionate love letters to his girlfriend”.

What happened with Phillip Schofield in his youth?

The Daily Mail reports that the This Morning host, 58, was involved in an “intense” relationship with a woman in the 1980s.

Phillip moved to New Zealand when he was 19 and hosted a pop programme on TV called Shazam!

It was there he met a young woman called Marika Tautz.

And, the report claims, he was so serious about the relationship he presented her with a promise ring.

Marika told the newspaper: “There was probably something underlying but when he was with me I never knew.

“We had a full physical relationship. He was a regular guy, I never suspected anything.”

We had a full physical relationship.

Marika continued: “We got on really well. He was a funny guy, kind, sensitive. He wrote me the most beautiful love letters.”

She also said that if he had come out during that time it would have “jeopardised his career”.

Last month, Phillip allegedly moved out of his family home and into a “£2million” bachelor pad in west London.

Reports claimed that the large semi-detached home boasts two bedrooms, a stunning kitchen and a conservatory.

The Sun also reported that Phil and his wife of 27 years – Stephanie Lowe – discussed divorce.

A source told the newspaper that the couple – who share two grown-up daughters – have had “hard, painful” conversations over the last 10 months.

But the source also says that they remain “tight and devoted to one another”.