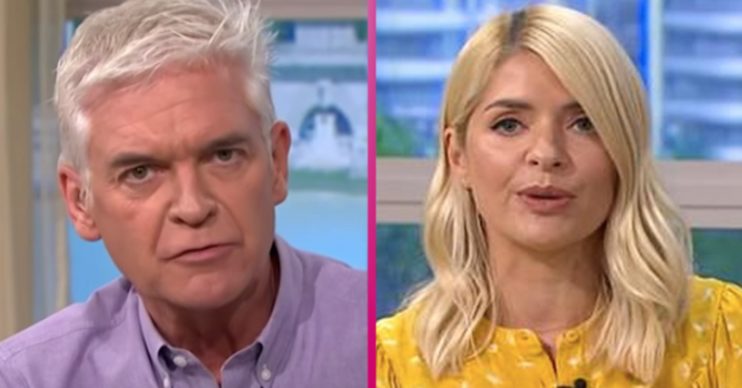 Phil teased a hilarious passage from his upcoming book

Phil, 58, shared an exclusive excerpt from his upcoming book on social media.

Here he says Holly always gets him into plenty of ‘mischief’.

Taking to Instagram, he shared the sneak peak on his Stories.

Speaking in view of his some 3.2 million followers he said: “Holly can be a dangerous friend to have.

“In my old school reports some of my teachers would write that I was easily led.

“In my adult life there are very few friends that I trust to lead me into mischief.

“But Holly is at the top of that group.

Read more: Phillip Schofield ‘was a ladies man in his younger days’

“When just occasionally we had the time to let our hair down and reflect on life.

“Once after a particularly long lunch at Nobu, we parted and staggered off to our respective homes.

“The next day I phoned Holly. Because I couldn’t remember paying the restaurant bill.

“Holly said check your coat for the receipt. When I put my hand in my coat pocket – I found a full container of hand soap.

“I was mortified. Had I stolen it from the loos? I told Holly and she checked her bag.

Indeed, the presenting pair are known to be the best of mates both on and off screen.

In fact, even holiday together abroad with their families.

Elsewhere in Phil’s upcoming book, he will go into detail on his decision to come out at gay in February.

Earlier this year he said that he began writing his autobiography as a teen – but there is much more to reveal now.

He shared on his Insta stories: “I wrote the first line when I was 14, and I knew exactly how I wanted it to start, should I ever write it. And it is in fact now the first line.

“In 2017, I wrote the first few chapters and sent it a few friends and they said, ‘Oh my god, you have to write this’, and I knew I couldn’t, and you know why.

“And then my life changed, and lockdown happened and I had a shed load of time on my hands. I thought, ‘Well, you’ve thought about it for long enough, you’ve written all these notes, why don’t you do it and see what happens?’ and so I did. I wrote and I wrote and I loved it, and it’s done.”

Phillip Schofield’s book Life’s What You Make It is released nationwide on October 15.