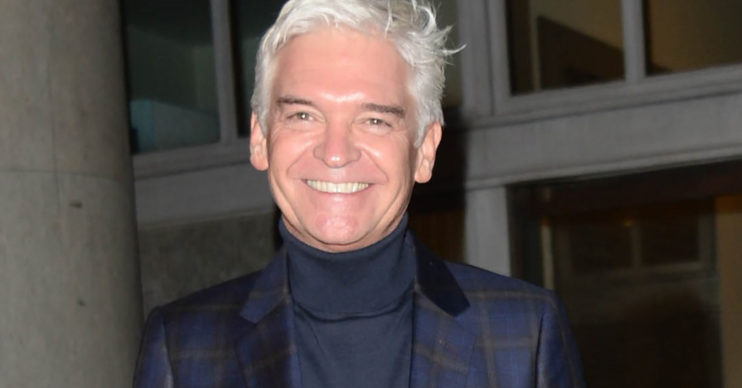 Phillip Schofield is lauded for his silver-fox locks, but he’s struggling without access to a hair stylist.

Like many of us, his hair has grown a lot since salons were forced to close a month ago – and it’s got a little wild.

He revealed this week that he’d been in touch with his mum, who was shocked by the state of his barnet.

So now he’s been experimenting and has created a new slicked-back look.

He shared a side-by-side shot of the results next to his wilder style and captioned the Instagram post: “Lockdown hair options.”

One fan remarked: “Is that like Tom Hardy vs Boris Johnson?” while another made the comparison of “Richard Gere V Freddie Boswell”!

Another said: “I feel the pain.”

A third advised: “Cut it all offfffffff.”

Phillip Schofield has been working hard to keep the nation entertained during lockdown, as he and co-star Holly Willoughby host This Morning from the studio.

It is understood that Phil is staying at his new apartment in central London, having moved out of the family home in Oxfordshire.

Aside from his trips to the studio, he’s confined to indoors like the rest of us and lockdown appears to be having a similar effect on him!

Yesterday he shared a clip of him watching a bunch of animated mouths stretched out and warbling!

Another commented: “Any other time I’d say to you that perhaps you need to get out more.”

A third asked: “Should we be scared?”

Someone else put: “What has quarantine done to people?”

“What was that all about?” asked a fifth puzzled follower.

“Kinda weird, not going to lie,” another said.

Whatever gets us all through, we say!

Which style do you prefer? Leave us a comment on our Facebook page @EntertainmentDailyFix and let us know what you think!