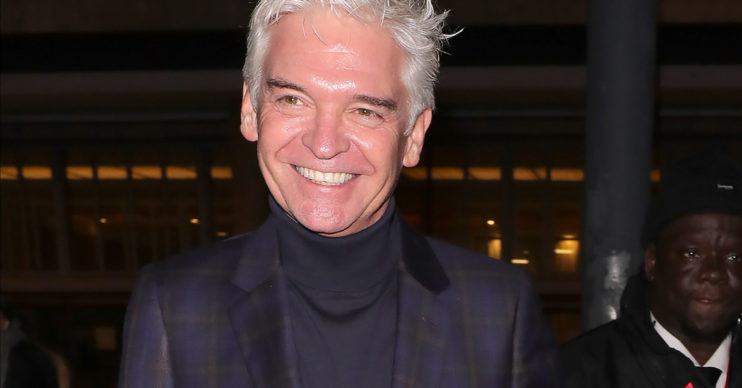 Desperate to see her

Beloved This Morning presenter Phillip Schofield has opened up about missing being with his elderly mother during lockdown.

The 58-year-old ITV star shared an old picture of himself and his mum, Pat, on Instagram on Saturday afternoon (June 13).

Sadly the pair have been isolating away from each other, so Phillip hasn’t been able to see her since the lockdown began back in March.

Fans rushed to share their compassion for Phillip, with one saying: “Hope you’re both ok – sending lots of love x”.

Phillip surprised fans when he came out live on This Morning earlier this year.

His mum supported him through his ordeal and commended his bravery when she broke her silence in February.

She told The Mirror: “For him to be so brave in front of so many people was inspiring because I know how hard it was for him to do.

“I love Steph and the girls more than anything in the world and I will always be there for them.

“Yes, it was a shock, but nothing as a family that we can’t support and applaud,” she added.

Meanwhile, Phillip was forced to clear things up after shocking This Morning viewers with a comment he made about Donald Trump.

Phil had been discussing the US President’s recent comments about taking unproven drug hydroxychloroquine to prevent coronavirus.

Viewers were shocked by his comments and slammed him on Twitter.

One person said: “Nice of @Schofe to be wishing death upon @realDonaldTrump just now.”

However, Phil later addressed his comments on Twitter and explained it was taken the wrong way.

The star tweeted: “Still in OFFICE!! Not still alive FFS!!!”

Hopefully Phil and his mum – and the rest of us missing our loved ones we can’t yet see – can all be together again soon.

Are you missing your loved ones too? Leave us a comment on our Facebook page @EntertainmentDailyFix and let us know what you think of this story.