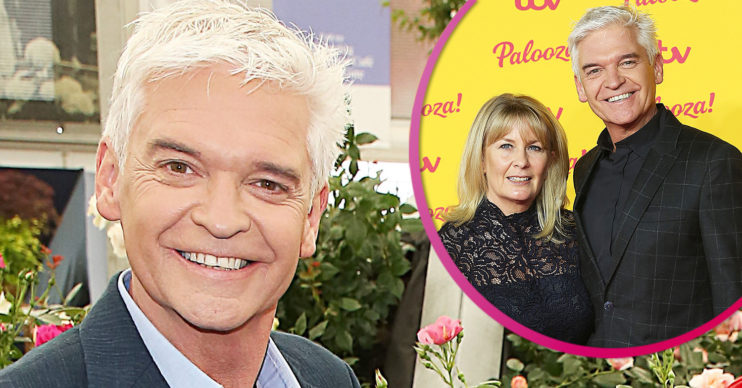 The pair own a company together

Phillip Schofield has reportedly splashed almost £1million on a property after launching a firm with his wife.

The This Morning presenter apparently set up Fistral Properties Ltd in March 2019 alongside Stephanie Lowe.

According to reports, the company’s first accounts show it has “land and buildings” worth £839,428 on its books.

The Daily Mail reports that the pair’s business, Fistral Properties Ltd, has bought the home.

Last year, reports claimed Phil and Stephanie had set up the business.

Despite the pair splitting after Phil came out as gay last year, it seems he and Stephanie are still in business together.

It’s believed the pair own 50% of the company each.

We are a loving family, that hasn’t changed.

Phil and Stephanie have remained close after he came out last year.

What has Phil said about wife Steph?

He said on Chris Evans’ podcast How To Wow: “I’m still married to Steph. There is a great deal of talk of divorce…

“We have not discussed that at all.”

Read more: This Morning: Phillip Schofield issues plea to government as viewer gets emotional on air

Meanwhile, a month later, Phil told BBC Radio 5 Live that he and Steph “love each other massively”.

He added: “We are a loving family, that hasn’t changed. It’s us four but different. We are a work in progress.

“I’ve been very honest about all of this and there is no question, we have to pick our way through this daily as a family.”

The pair have two daughters together – Ruby and Molly.