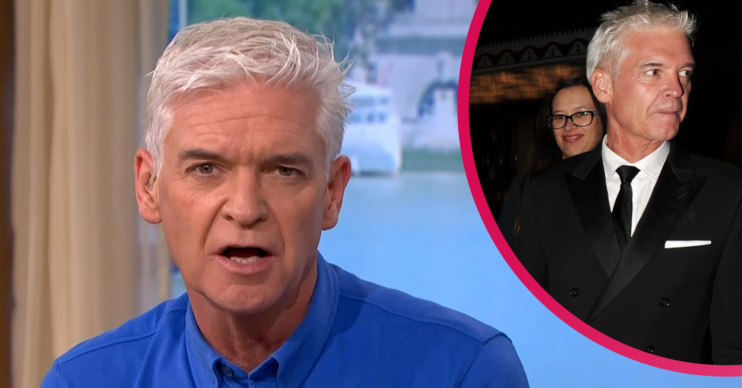 The television star lost his dad in 2008

TV’s Phillip Schofield has admitted to feeling upset while cleaning out his late father’s garage.

When did Phillip Schofield’s dad die?

The 58-year-old This Morning star lost his father Brian to a long-standing heart condition in May 2008.

Earlier on today (July 16), Phil took to Instagram as he cleaned out his garage.

He came across Brian’s old circular saw, which he moved to unveil a mountain of neatly stacked sawdust.

Alongside a clip, Phil wrote: “Clearing out my late dad’s garage. Just moved his circular saw, all the jobs he did like the rings of a tree.”

The next video showed Phil knocking over the sawdust with his hands.

He added: “That made me very sad.”

Phil was devastated when his father died over 10 years ago and has previously spoken of his grief on This Morning.

Phil continued: “I had a friend who said, ‘You’re really lucky.’

“And I said, ‘Why am I really lucky?’ And he said, ‘You’re really lucky because when my dad died I didn’t feel very much at all and I wish I felt the pain that you feel, as it means that that way, I would have had the relationship that you had with your dad’.”

While back in 2018, the TV star recalled a moment he once saved his dad’s life.

During an episode of This Morning, Phil and co-host Holly Willoughby were discussing how CPR can be lifesaving.

The ITV star said his late dad could have had his life cut short by more than two decades if Phil hadn’t been able to resuscitate him following a heart attack.

Phil was 22 years old at the time and admitted he had never trained to do CPR.

He told Holly: “I haven’t trained at all but what I had seen on the telly worked. He was alive for another 25 years.”

As Holly told him he had given his dad “the gift of life” with his swift actions, Phil replied: “Nothing feels better.”

Phil also shares a close bond with his 83-year-old mum Pat, who praised the star after he came out as gay this year.