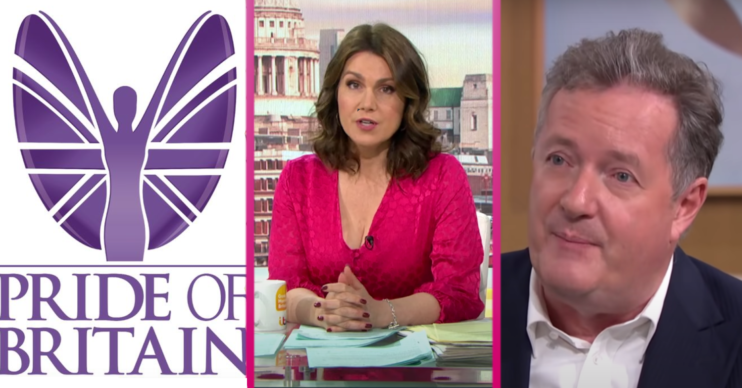 Journalist died suddenly at the age of 54

Celebrities such as Susanne Reid and Piers Morgan have paid tribute to journalist Peter Willis following his death aged 54.

The Daily Mirror executive, who at one time also edited the Sunday Mirror and Sunday People, passed away on Friday.

Peter was also the founder and director the Pride of Britain awards which recognise extraordinary achievements in challenging circumstances.

His wife Nicky and two young sons survive him.

Susanna Reid led tributes on TV earlier today (Tuesday June 29) as she made time to speak about Peter.

She hailed him as a “kind, kind man” as she discussed his sad passing with Mirror associate editor Kevin Maguire on GMB.

“To me, he was the heart and soul of Pride of Britain,” Susanna began.

“He always presided over the judging panel every year with enormous consideration and thoughtfulness.”

‘We will miss everything about you’

Several celebrities, particularly those with longstanding links to the Pride of Britain of awards, also hailed Peter on social media.

Carol Vorderman, who has hosted the ceremony many times, tweeted she was “heartbroken” by the news.

You were very loved by so many people.

She wrote: “We are all @PrideOfBritain devastated. Peter you were very loved by so many people. We will miss everything about you. Heartbroken.”

‘Peter Willis was a lovely man’

He tweeted: “The great thing about the Pride of Britain Awards is that it celebrated those who would otherwise not be recognised.

“It was the idea of Peter Willis, a lovely man who will be badly missed.”

And former Mirror editor Piers Morgan, who also worked with Peter during their time at The Sun together, saluted his former colleague as a “legend”.

‘He was the heart and soul of Pride of Britain.’@susannareid100 and @Kevin_Maguire pay tribute to Journalist and founder of the Pride of Britain Awards, Peter Willis who has sadly passed away. pic.twitter.com/SxbeRnsXQ5

“Daily Mirror legend who created and ran the wonderful Pride of Britain Awards for 20 years.

“He was a brilliant journalist, a loving husband and father, and a loyal, decent, kind and caring friend of mine for 30 years.

“Heartbreaking news. Thanks for everything Pete.”

Amanda Holden, Kirsty Gallacher and Charlotte Hawkins were among those to endorse Piers’ words on Instagram, posting heart emojis.