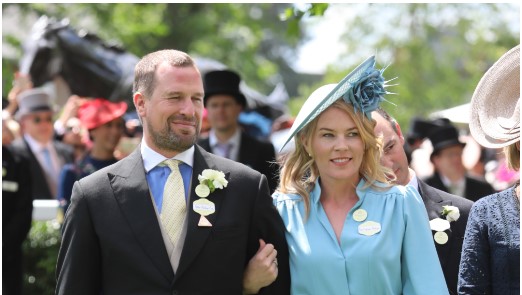 Peter Phillips and wife release statement as they confirm divorce

The Queen's grandson has issued a statement confirming the split

The Queen’s grandson Peter Phillips and wife Autumn have released a statement confirming their divorce, after news of the split broke last night.

According to the statement, the couple actually told members of the royal family their decision to separate several months ago.

Sadly, Phillip and Autumn have not been able to resolve their differences, despite months of discussions.

“After informing HM The Queen and members of both families last year, Peter and Autumn jointly agreed to separate,” the statement reads.

The decision to divorce and share custody came about after many months of discussions and although sad, is an amicable one.

“They had reached the conclusion that this was the best course of action for their two children and ongoing friendship.

“The decision to divorce and share custody came about after many months of discussions and although sad, is an amicable one.

“The couple’s first priority will remain the continued well being and upbringing of their wonderful daughters Savannah (nine) and Isla (seven).

“Both families were naturally sad at the announcement, but fully supportive of Peter and Autumn in the joint decision to co-parent their children.

“Both Peter and Autumn have remained in Gloucestershire to bring up their two children where they have been settled for a number of years.”

When the news broke, a royal insider revealed how much the news has upset the Queen.

“The Queen must wonder what she has done to deserve this,” they said.

“Peter Phillips has always been a favourite of hers and Prince Philip and she will be crestfallen by this, especially on top of all the other bad news.”

Peter and Canadian Autumn met in 2003 at the Canadian Grand Prix in Montreal.

They married in 2008 in St George’s Chapel at Windsor Castle – where Harry and Meghan’s wedding took place some ten years later.

Peter will be the first of the Queen’s grandchildren to legally split.

While he is a member of the Royal Family, he is not a working Royal and does not have an official title.