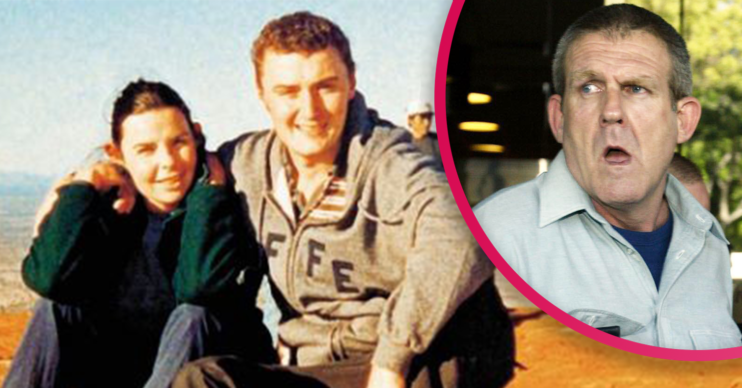 The story behind Murder in the Outback

Peter went missing in the Australian outback in 2001.

But his body was never found.

Now Channel 4 has made a documentary about the case, aiming to solve some of its lasting mysteries.

Bradley is still alive and has been in prison since 2005.

Last year, it was reported that he had cancer and had been treated for it.

Bradley was known as a small-time drug dealer before the conviction.

The four-part C4 documentary aims to tackle some of the unresolved questions about the case – and looks at the possibility that another killer could still be out there.

What happened to Peter Falconio?

Peter Falconio’s girlfriend Joanne Lees said it all started when she was flagged down by a truck in the Australian outback.

The couple had been on a road trip for eight months, and were travelling across the outback in their camper van together.

They were in the Stuart Highway in Central Australia. The date was 14 July 2001.

Joanne told ITV’s Martin Bashir in 2002 that they were driving in the pitch black, on deserted roads, when a car started following them.

The driver flagged them down asking for help with their vehicle.

But Joanne told the authorities that this was just the start of the terrible ordeal.

READ MORE: Where is Ian Huntley now and does he have coronavirus?

Joanne said the pair had been attacked and she had managed to escape, but she thought Falconio had been shot and killed.

How did Joanne Lees escape?

The couple pulled over to the side of the road after another driver signalled something was wrong.

Peter then stepped out of the card to talk to the unknown man, who said there was a problem with. his exhaust pipe.

Both walked to the rear of the vehicle while Joanne remained in the passenger seat.

She then heard a bang which sounded like a shot.

Joanne ran away and hid, and some hours later, she was able to flag down a passer-by in a truck, who drove her to nearby Barrow Creek.

After a 16-month manhunt, Bradley John Murdoch was arrested and later convicted of Peter’s murder.

But there have always been question marks over whether police had the right man.

Joanne Lees: Murder in the Outback was a 2007 film based on the case, starring Joanne Froggatt in the title role.