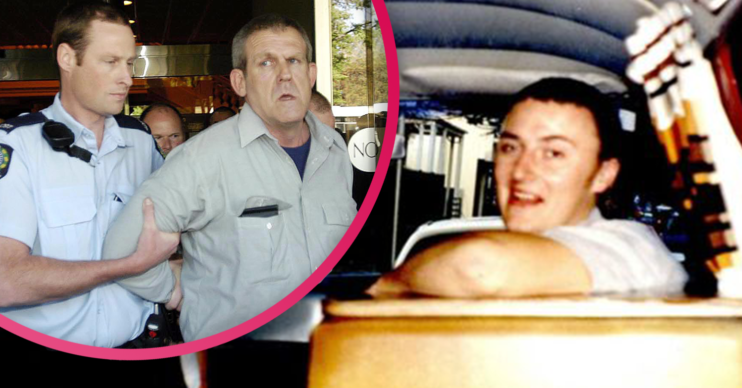 Channel 4 documentary will investigate the 2001 murder

The disappearance of British backpacker Peter Falconio made global headlines in 2001.

At the time, the 28-year-old had been driving across Australia with his girlfriend Joanne Lees.

However, tragedy struck when the couple attempted to make their way to Devil’s Marbles

A new Channel 4 documentary is set to investigate what happened.

But was Peter Falconio’s body found? If not, could he still be alive?

However, it is believed by police officers investigating the case that he was murdered.

While cruising along the Stuart Highway in their orange Kombi, Peter and Joanne noticed a car following behind.

Eventually, the other vehicle, a white Toyota, pulled up alongside them and the driver signalled for the couple to pull over.

Both vehicles then stopped before Peter got out of the van to speak with the other driver, who claimed sparks were shooting out of his exhaust pipe.

When they both went to the back of the vehicle to investigate, Joanne heard what she described as a gun shot.

Moments later, the driver of the other car jumped into the van and tied Joanne’s hands behind her back.

He then dragged her into his car before leaving her alone to apparently move Peter’s body.

While he was distracted, Joanne escaped and his into the bush.

The man eventually drove off and she continued to hide for hours before eventually flagging down a road train driver who rescued her.

Police believe Peter is dead and was killed by Bradley John Murdoch.

However, Murdoch’s lawyer Andrew Fraser claims his client is innocent and that Peter is still alive.

Fraser has alleged that Peter has been seen by at least four witnesses since the murder.

But he has not spoken to any of the alleged witnesses.

Why was Bradley John Murdoch arrested?

Cops arrested Murdoch after Joanne identified him from a board of 12 people.

A DNA sample taken from Joanne’s top was also an e exact match for Murdoch.

According to former detective Colleen Gwynne, the nail in the coffin when it came to building their case was a hair tie they found in Murdoch’s car.

Speaking to the Guardian, she said: “It was the hair tie that was taken from Joanne Lees when she struggled to survive and keep her life.

“[Murdoch] had it wrapped around his shoulder holster, inside his belongings. I think it was a trophy but no one will ever know.”

During the court case, the hair accessory was presented as evidence

“He recoiled and he wouldn’t touch it,” added Gwynne. “You could see that he knew that was it.”

Murder in the Outback: The Falconio and Lees Mystery is on Channel 4, Sunday at 9.15pm.