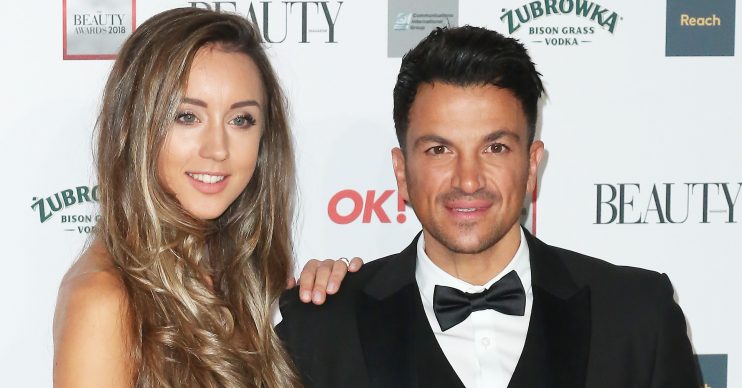 Peter signed to a US management team earlier this month

Peter Andre is hoping to move to America in an attempt to crack Hollywood – but his wife Emily doesn’t want to go.

Earlier this month, the singer revealed he had signed to a US management team and is planning to build a career Stateside.

However, Emily – who has daughter Amelia, five, and son Theo, two, with Pete – has admitted she doesn’t want to move across the pond because of their kids.

Read more: Peter Andre wants to try for another baby with wife Emily

Speaking to The Sun at the Caudwell International Children’s Centre, Emily said: “I’m excited for Pete and I hope he’s getting work out there. He is away on and off anyway with his job in the UK.

“Pete is very good, he always contacts us when he’s away. He is never away for more than a few days at a time.”

When asked whether she’d move to America permanently, the doctor said: “No, we’ve got school age kids.”

Peter added that he’s thinking about getting a “base” in America, but he wants to see how things go first.

Earlier this month, the dad-of-four revealed he has signed to an American management team.

He told fans on Instagram: “Just signed a deal with the fantastic John Ferriter and the Alternative group.

Away from their careers, Peter and Emily are doting parents to Amelia and Theo.

Peter recently admitted he wants to try for another baby following the arrival of the Duke and Duchess of Sussex’s baby son Archie Harrison earlier this month.

Speaking to New! magazine, he said: “Since the arrival of Harry and Meghan’s son Archie, I’ve started thinking: ‘Should we try for another one?’ I’d love to. I know the joyful feelings they’re experiencing right now and it brings it all back home.”

However, Emily isn’t so broody and has put him on a sex ban to prevent them from falling pregnant any time soon.

He explained: “Emily wants me to sleep on the other side of the bed now though.”

It seems the 46-year-old reality TV star has had a change of heart as just a few months ago he said he and Emily had ruled out having another baby.

He said at the time: “I keep changing my mind about wanting more kids and right now, I’m back to saying no more. Sometimes I think I want another one because I love the baby stage, but the kids themselves will have kids one day so you’re going to have the baby stage all over again – just without the sleepless nights.”