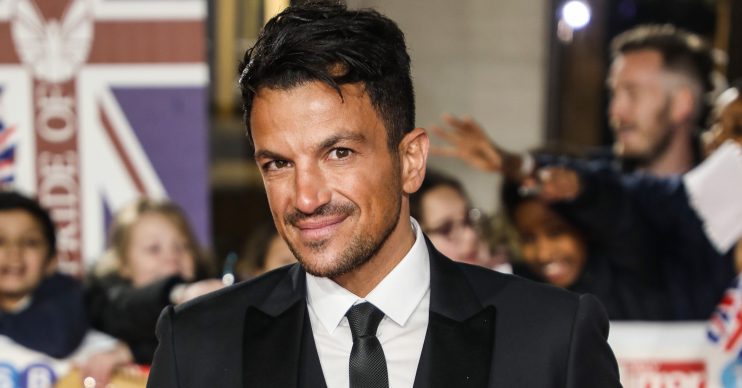 Pete was happy with her new hobby

TV presenter Peter Andre has shared a sweet photo of his daughter Princess surfing on a family holiday.

The dad-of-four shared the stunning pic to Instagram showing the 12-year-old holding onto a surf board in the water.

My little surfer girl. #itstheaussieinher #eventhoughshesnotanaussie I wish I could take credit for this shot but it was her friends ma that took it. Great shot

“I wish I could take credit for this shot but it was her friends ma that took it. Great shot.”

Fans gushed over the image of Princess, with one saying: “What a great photo! She is gorgeous.”

What a great photo! She is gorgeous.

Another wrote: “Like a mermaid,” while a third commented: “She is a beautiful young lady.”

She has daughter Amelia, five, and son Theo, two, with his wife Emily MacDonagh.

Peter recently revealed his worry after Junior was impersonated by a catfish on social media.

Last month, the teenager warned his fans not to follow a fake account asking for “inappropriate” photos in his name.

Writing in his recent new! magazine column, Peter said he felt “very worried” but “proud” of how Junior handled the situation.

He said: “I found it very worrying that someone set up an Instagram account posing as Junior and asked people to send inappropriate pictures.

“But I’m so proud of the way my son handled it. I’m no stranger to having people pose as me online – it’s happened so many times.

“There are about 12 accounts pretending to be Emily, who hasn’t been on social media in seven years!”

Junior said on Instagram last month: “I have had people ask me if this is me. This is not me. This person is trying [to] claim it’s me.

“If you are one of the people who have added this disgusting person then block and report him or she. [Actually] disgusted whoever this is.

“Reason I’m so disgusted is because they are trying [to] get you to send inappropriate pictures. And also sending them back claiming to be me.”