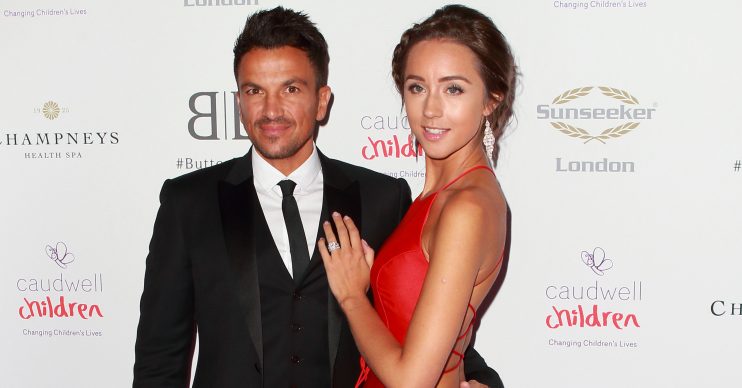 Their youngest is off to nursery…

They’re already parents to two adorable children, and Peter Andre appears to have ruled out having one more with wife Emily.

Pete also has Princess and Junior with ex-wife Katie Price.

However, the Mysterious Girl singer appears to have ruled out trying for his fifth child.

He told New!: “Emily occasionally throws in the subject of having another baby. I’m like: ‘Are you crazy?'”

Emily occasionally throws in the subject of having another baby. I’m like: ‘Are you crazy?’

However, it appears a third child is up for discussion between the pair.

Pete added: “But then we change our minds like we change Theo’s nappies.”

The singer also revealed that their youngest will be starting nursery in the New Year.

And he said that Emily is feeling pretty “emotional” about it.

My boys all grown up. 3 today

Pete revealed: “Emily’s been getting really emotional about it but he’ll only be going for three hours a week and I’ve said to her I think it’ll be good for him.”

It seems with Theo growing up fast, Emily is keen to fill her nest with baby number three…