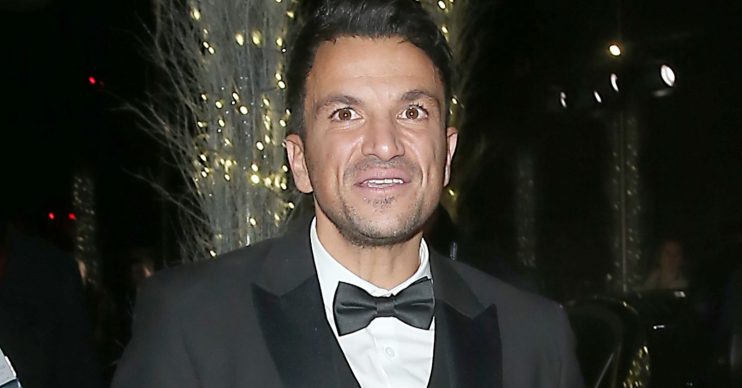 He's 'alarmed' about the situation

Singer Peter Andre has revealed his fears that his doctor wife could contract the deadly coronavirus.

Writing in his new! magazine column, the Mysterious Girl hitmaker, 46, said he was “really alarmed” earlier this month when he saw customs officers at an airport all wearing masks.

And he’s now “worried” about Emily, 30, because she works in a hospital.

He wrote: “I was at an airport last week and all the customs officers were wearing masks. It really alarmed me. When I first saw people in the streets wearing them I thought it was a bit extreme, but the more I see and read, the more I’m beginning to think, ‘Is it more serious than we’ve been led to believe?’

Obviously Emily being a doctor brings it close to home.

“I’ve started noticing people sneezing and coughing and my instant reaction is, ‘Have they got the virus?’

“I know the NHS and Public Health England are doing all they can. Obviously Emily being a doctor brings it close to home for me and, of course, I’m worried about her. But I’m also proud of her doing her job.”

Peter and Emily have two children together – Amelia, six, and Theodore, three.

He continued: “At the time of writing my column, the number of cases of the coronavirus in the UK had reached nine, with 12 schools in West Sussex placed on alert as a precaution after five people in the county were diagnosed.”

Read more: Peter Andre’s fans in stitches as he reveals his ridiculous baking fail on Instagram

It follows reports that Simon Cowell is so fearful of the coronavirus he has instructed his six-year-old son, Eric, to wear a face mask on a forthcoming family trip.

The virus has caused countries to be on standby as it spreads across the world, with fears it could kill 45 million people globally.

Now, The X Factor boss has admitted he’s “terrified” about it and revealed that he and his family will be wearing masks when they visit Disneyland Paris next week.

Speaking on talkRADIO, the Britain’s Got Talent supremo, 60, said: “I have worn masks for ages. When I cycle around town I wear a mask. But I am taking Eric to Disneyland Paris next weekend and I’m almost certain that when we’re on the train we will be 100% be wearing masks. We’ll have loads of hand sanitiser because it does scare me.”