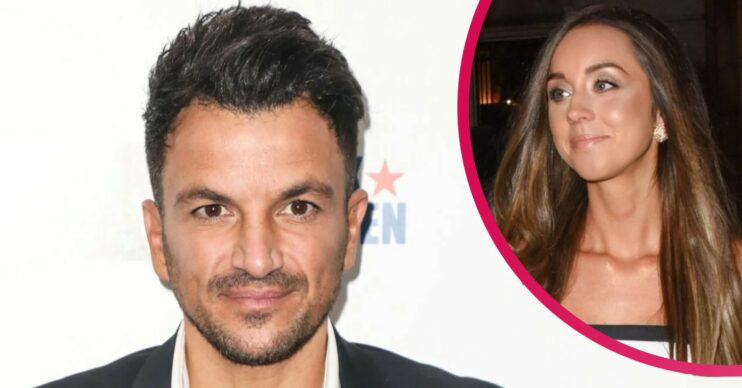 Addressing being 'the butt of jokes'

Peter Andre has apologised to his wife and children as he opened up about his penis being mentioned in court.

The singer, 49, shared a video post on Instagram earlier today (Thursday May 12) addressing being “the butt of jokes”.

He admitted he might be feeling “vulnerable” over resurfaced newspaper articles.

And the Mysterious Girl star also indicated how “nothing seems to change” even though people preach about mental health and “being kind”.

Singer Peter Andre admits: ‘I had to say something’

Peter told fans in the caption of the post he felt compelled to speak out over claims made during the ‘Wagatha Christie‘ trial.

Rebekah Vardy told the High Court earlier this week she regretted likening Peter’s penis to a chipolata in a 2004 newspaper interview.

She said her ex-husband forced her to participate in the News Of The World article.

Asked by Coleen Rooney’s lawyer if she respected people’s privacy, Ms Vardy replied: “Yes, I do.”

But for Peter, the interview being brought up again has meant he takes “hit after hit”.

He explained in the post’s caption: “Here I was this morning sat in my robe feeling like I had to say something.

“Feel free to come to your own conclusion. Just a couple of things first.”

Peter Andre apologises to his wife

The caption continued: “Sorry to Emily and the children that have had to see and hear some not very nice things.

“Secondly that ridiculous article yesterday (about a certain remote control) was written 15 years ago and republished yesterday.

“To be fair the media are very kind to me in general.

“Thirdly, you all know I like to take the piss out of myself. But maybe I felt a bit vulnerable this morning.”

‘I kept quiet and I didn’t say anything’

In his video address, Peter went on to say he “hadn’t had much of a say”.

Referring to what was mentioned in court, Peter pondered how that situation may have been received in different circumstances.

He suggested there would be “outrage” if a man had been “very unflattering” about any woman’s anatomy.

Peter continued: “But because it’s been said about me, it’s been the butt of all jokes. I’ve took it for 15 years. Some of you are going to say, ‘Oh get over it’ or ‘whatever’.”

But Peter reasoned the story was not only being revived but reaching even more people than the original article.

Think about how it would feel if it was the other way around.

He added: “The only one that sits there and takes hit after hit about it is me.

“I’ll be laughing about it for a while. But think about how it would feel if it was the other way around, that’s all I’m saying.”

Peter went on: “It is not fair that something like this can happen again and again and again. We talk about all sorts of things – about mental health, about being kind – and nothing seems to change.”