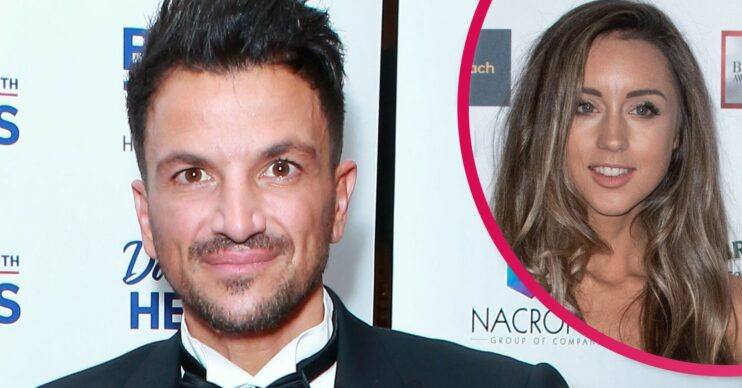 The wife of Peter Andre, Emily Andre, has revealed she’s planning a naked birthday surprise for her husband ahead of his 49th birthday in February.

The 32-year-old has plans to arrange an at-home life drawing class for Peter on his birthday!

Emily has revealed that she already has plans in place for her husband Peter’s birthday, despite it being weeks away.

The Australian singer is set to turn 49 on February 27, but that hasn’t stopped Emily from putting plans in place.

In her column for OK! magazine, Emily opened up about the birthday surprise she’s organising for Peter.

The NHS doctor revealed that she’s always thought it would be “great” to do a life-drawing class with Peter. This is because the 48-year-old finds drawing “relaxing”.

“We tease him about it but he will sit down and colour with the kids and then they will get up and walk off and he’ll still be there hours later,” she said.

Emily continued to explain what her plans for Peter’s birthday are in her column.

“I might buy him a life-drawing class for his birthday this month – we just need to find someone to be the model,” she wrote.

“There must be an agency where you can hire someone to come to your house. Can you imagine? Happy Birthday, here’s a naked person to draw.”

Peter’s 49th birthday isn’t the only big event coming up for the couple. In July, they will be celebrating their 10th anniversary together. They began dating in July 2012 and married in July 2015.

They did have plans to go on an exotic getaway to celebrate a decade together. However, the travel restrictions caused by Covid seemed to have put an end to those plans.

What else have the couple been up to recently?

January was a bit of a mixed bag for both Peter and Emily this year. Emily was on the receiving end of a vicious, now deleted rant from Peter’s ex-wife, Katie Price, earlier this month.

Katie also accused Emily of not allowing Princess, Katie’s daughter, to visit her in the Priory. The 43-year-old was treated at the Priory in October 2021 following her drink-drive crash.

Peter recently received some good news – that he may be able to visit his loved ones in Australia soon!

Peter reacted to the news on his Instagram story. “If this is true (I don’t want to get too excited) this will be the greatest news I could ask for,” he said.

“Hopefully get to see my mum, dad and sister within the next month.”