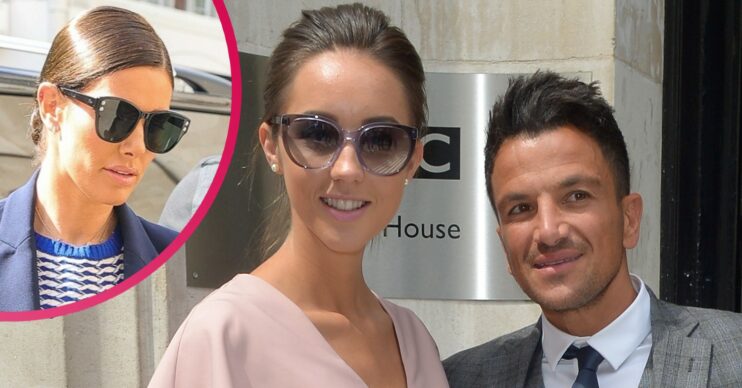 Peter Andre found his name and manhood dragged into the ongoing Wagatha Christie case in the High Court this week.

WAG Rebekah Vardy told the court she regretted likening Peter’s privates to a chipolata in a 2004 newspaper interview.

Just days after being mentioned in the trial, Peter’s wife Emily MacDonagh has taken to social media to open up on mental health.

Emily posed for a picture to mark both Mental Health Awareness Week and International Nurses Day.

The hospital doctor, 32, was wearing her NHS lanyard in the snap and said it had been a “busy week”.

She then made a plea to anyone who is suffering with their mental health.

Emily wrote: “It’s been a busy week but I wanted to take a minute to mark Mental Health Awareness Week and International Nurses Day.

“I feel grateful to have the privilege of working for the NHS within the mental health service, seeing first hand the impact mental health difficulties can have on people and their loved ones.

“I’ve also been lucky enough to work closely with so many incredible nurses. Seeing them tirelessly work to make a difference every day. To all the amazing nurses out there – thank you for everything you do.”

“Feeling lonely is something that all of us can experience at any point and can have a huge impact on our wellbeing.

“Sometimes admitting we feel lonely can be hard but it’s important to remember that many other experience feelings of loneliness too, and that this feeling can pass.”

Emily urged her followers to listen to Prince William‘s Mental Health Minute, which aired on radio stations on Friday.

In addition, one follower told her: “So grateful for our NHS, thank you for all that you do Emily.”

Peter breaks his silence on the Wagatha Christie trial

It comes after Rebekah was quizzed over her 2004 interview about Peter in court this week.

Asked by Coleen Rooney’s lawyer if she respected people’s privacy, Rebekah replied: “Yes, I do.”

Peter has since issued a video about the reemergence of the nasty jibe, which Rebekah now says was “made up”.

The dad-of-four said he has been the “butt of the joke” for 15 years, adding: “We talk about all sorts of things, about mental health and being kind and nothing seems to change.”