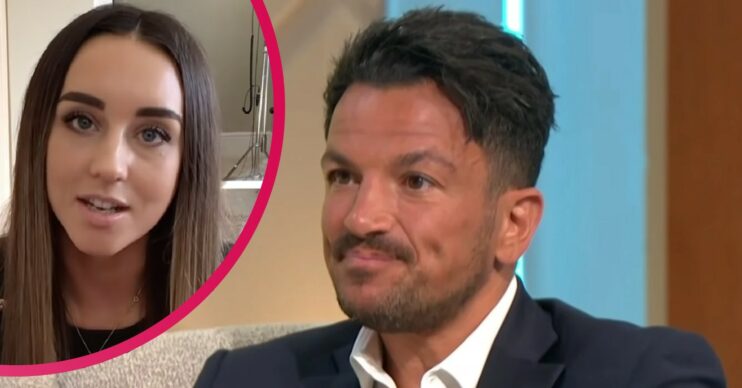 Peter and Emily have two children together

Peter Andre is set to spend Mother’s Day away from his wife, Emily Andre, and his kids.

The 49-year-old has revealed that due to work commitments, he won’t be around on Sunday (March 27) for Emily’s special day.

What did Peter Andre say about Mother’s Day?

Peter has recently revealed that due to work commitments, he’s set to miss Mother’s Day this year. This means he won’t be able to celebrate Emily’s special day with her and their kids.

Peter spoke about the unfortunate news in his latest column for OK! magazine.

“Mother’s Day is coming up but I’m unfortunately working on the date,” he said.

“Hopefully, I‘ll get to make Emily a lovely breakfast in bed before I set off though.”

He then went on to say that he and his family didn’t really celebrate Mother’s Day when he was a child. He said that his mother wasn’t “really into it”.

“I’m glad I now get to celebrate it with Emily and my children. It’s important to show your appreciation to your loved ones,” he said.

Emily is also stepmother to Peter’s two children who he shares with ex-wife Katie Price – Junior, 16, and Princess, 14.

Despite Peter recently turning 49, the couple haven’t ruled out the possibility of having a third child together.

Peter spoke about the possibility during an interview with OK! magazine last month.

“It’s not off the cards, but right now it’s not at the forefront of our minds,” he said of having another baby.

“Emily’s working hard and I’ve got a lot coming up. So we’ll see what the future holds.”

What else has the star been up to?

Most recently, Peter has been spending time in Australia, reuniting with his family for the first time in two years.

The 49-year-old described spending time with his mum as “the greatest days in many many years”.

Peter spoke about his trip Down Under in his column for OK! Magazine.

“Being here with them [his family] has meant everything and the moment we were reunited was so emotional,” he said.

Read more: Peter Andre shares update on sick mum’s health as he and siblings seek support for her

“My mum isn’t very well but we have met up with people over here to get her some support, which was really important.”

Peter then went on to praise his sister, who has been looking after their mother amid concerns of her “declining health”.

He then continued, saying: “These past 10 days have held the most important moments, which I will never forget and will cherish forever. I’ll never take it for granted.”