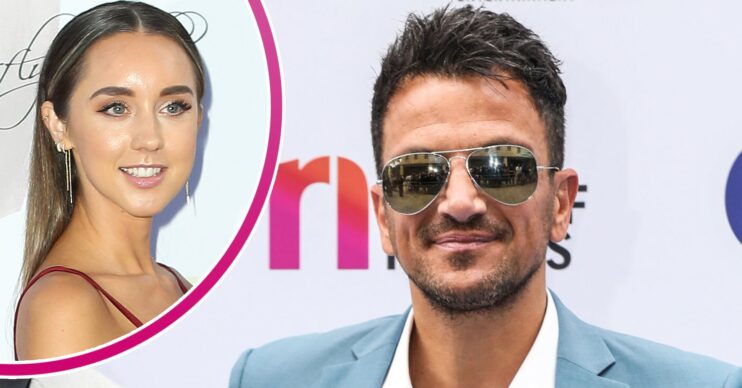 Peter Andre made an emotional confession to his wife, Emily Andre, as they marked a big milestone today (Monday, July 11).

The couple, who have been together for 10 years now, celebrated their seventh wedding anniversary today.

In the post Peter paid tribute to Emily on their seventh wedding anniversary.

The 49-year-old uploaded a short video to his profile. The video is a slideshow consisting of pictures of Peter and Emily throughout their decade-long relationship.

Read more: Peter Andre’s ‘classy’ wife Emily praised for being an ‘inspiration’ to Princess on family night out

“Happy 7th wedding anniversary to a beautiful person inside and out,” he captioned the post.

“We have been together for 10 incredible years. You deserve to be praised Emily because you have a heart of pure gold,” he then  continued.

“Thanks for everything. Our kids are truly lucky to have you. So am I.”

Plenty of Peter’s followers took to the comments to wish the singer and his wife a happy anniversary.

“Love you both,” Vanessa Feltz commented.

“Congratulations to the both of you,” one follower said.

“Happy Anniversary to a beautiful couple,” another then commented.

The couple’s anniversary comes just days after Emily was praised for being an “inspiration” to Princess Andre on a night out.

Last week, Peter and his family attended a charity event that Peter was hosting.

The whole family posed for pictures on the red carpet before the event. And it seems that fans all had the same thing to say about Emily.

Fans were all of the same opinion – that Emily is perfect and an “inspiration”.

“Beautiful picture, such beautiful ladies. Princess and Emily. I love how natural and down-to-earth Emily is – an inspiration,” one follower said.

“Sooo glad to see Princess is classy like Emily,” another then said.