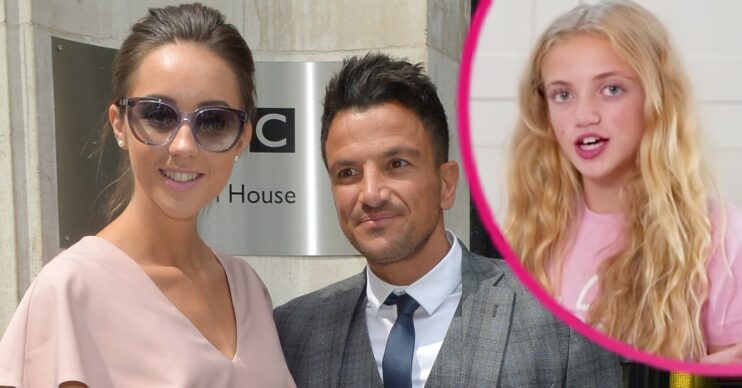 Peter Andre fans have gushed over his wife Emily and daughter Princess in a new photo together.

The pair posed together in a recent snap, which was shared to Princess‘ social media profile today (August 31).

However, followers couldn’t help but comment on the similarities between the two.

The photo showed Emily, 32, and Princess, 13, during a family day out in London.

The pair were seen posing alongside the waterfront.

And it didn’t take long for the fans to compliment the stunning shot.

Another pointed out: “So cute you just look like sisters.”

A third agreed: “I was going to say they look the same here, it’s the mouth I think.”

Another commented: “Both stunning! Emily is such an amazing step mum and role model.”

As well as daughter Princess, the former couple are also parents to son Junior, 16.

Peter opens up on having more children

When it comes to expanding his brood, Peter recently hinted he’s happy with just four children.

During an appearance on Loose Women, the star was prompted over Emily’s view on the subject.

“I always said to her, you might want more kids, but don’t forget our kids will grow older and maybe one of them will bring us children.”

The Aussie star then admitted his eldest son, Junior, is also sceptical over having a younger sibling.

Peter explained: “I understand what he meant about the age gap, but I said to him there’d be 16 years between [him and a] new child. My brother Andrew, who has sadly passed, and I were 16 years.”