Singer Peter Andre has given a rare glimpse into his family life with a set of sweet pictures.

The 46-year-old doesn't often post photos of his two young children, who he has with wife Emily Andre, but he shared some snippets with his fans on Instagram.

One picture showed the star having a father and son moment, where Pete's two-year-old son Theo lay on his dad's back as they lounged on the floor together.

The dad-of-four, who has Junior, 14, and Princess, 12, with ex Katie Price, also posted an adorable photo of wife Emily and Theo.

In the snap, Emily is beaming at the camera with her eyes closed as she holds onto their little one. The couple, who also have five-year-old Amelia, don't show their children's full faces on social media.

Read more: Peter Andre explains why he wouldn't let his children go on The Voice Kids

One fan commented: "So cute."

Another added: "This is adorable."

Another fan said of Pete's pic with Theo: "It's lovely to see father and son playing, you have adorable and happy children." 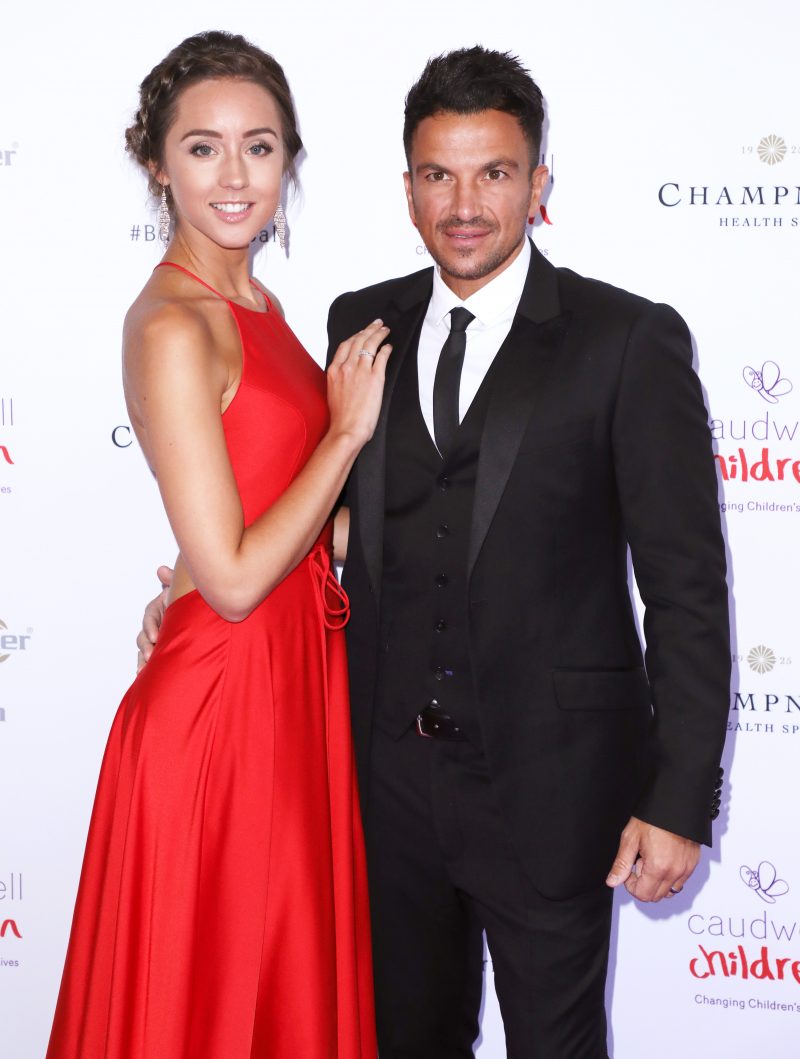 Read more: Peter Andre admits that he didn't get much sleep on his wedding anniversary

Pete seemed to be feeling sentimental after recently celebrating his fourth wedding anniversary with 29-year-old Emily.

He shared a series of clips from their wedding day on Instagram earlier this month.

He wrote in one caption: "Four years ago today we became husband and wife. It's impossible to love you anymore for too many reasons. Happy 4th anniversary beautiful Emily."

We started out as friends 9 years ago. My family and your family built such a solid foundation. We remained friends for 2 years before we even considered becoming a couple. 4 years ago today we became husband and wife. It’s impossible to love you anymore for too many reasons. . I’ll try not be too soppy and I Hope you don’t mind me sharing our special day. Get ready for quite a few videos. These videos were created by the awesome @andymacphotofilm and @jasonyeomanmedia Thanks to all our friends and family that were there and continue to be everything to us