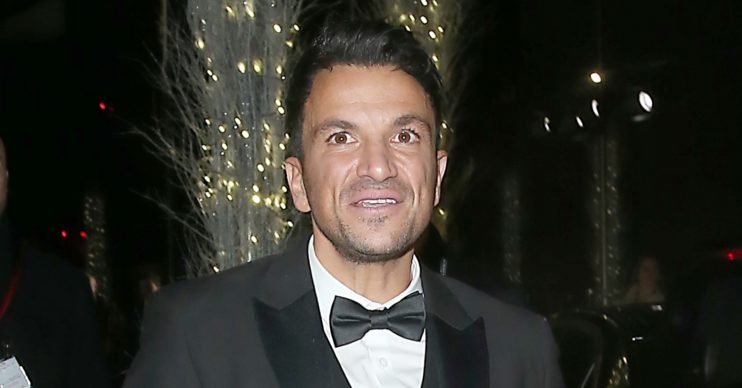 Singer Peter Andre has confessed that his pals still poke fun at him after the packaging for his own action figure seemingly made reference to the size of his manhood.

The Mysterious Girl hitmaker was hugely popular with youngsters during the height of his music career, so much so that he even released his own Barbie-style doll.

However, when Pete got hold of his very own action figure for the first time, he was shocked to discover some rather awkward wording on the packaging.

During an appearance on Vicki Pattison’s podcast The Secret To, Peter admitted he’s been haunted by what he saw for years.

He said: “Do you know what’s really funny about [the doll]. If you look at the back of the box, it says it’s not suitable for kids under 36 months due to small parts.

He added: “I’ve never lived it down.”

It’s not the first time Pete has had to endure such jibes.

In fact, his ex-wife Katie Price once infamously described his manhood as an “acorn”.

Despite this, Katie and Peter are thankfully on much better terms now.

Sharing two children together, Junior, 15, and Princess, 12, the pair are able to co-parent peacefully. They even enjoy some friendly banter now and then.

However, she hit back by saying he’s getting “old”.

She told the celebrity news mag that she says to him: “You were with me for six years, Pete! You know what I’m like – you were actually the same. You’re nuts as well.”