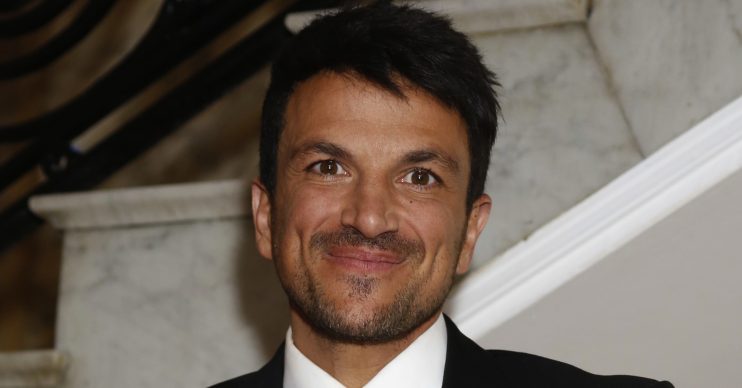 Do you think they look alike?

Peter Andre may be in his 40s, but he reckons that he still gets compared to men almost half his age.

In an exchange with a fan on Instagram, the Mysterious Girl singer claimed that people often tell him he looks like hunky Love Island star Michael Griffiths, 27.

We think he was joking – although now he mentions it…

When one of Peter’s followers suggested that there was a likeness between the two men, the father-of-four responded: “I get told all the time we look alike. He’s got the better bod for sure.”

Peter was clearly in a playful mood during the exchange with his fans.

Another follower told the singer: “My husband frequently gets told he looks like you… lucky me!”

Firefighter Michael was left red-faced on last night’s Love Island, as it was indicated that his former flame Amber Gill still floats his boat.

In a rather awkward challenge, it was discovered that Michael’s heart raced faster when he was around Amber than it did in the company of his new love interest Joanna Chimonides.

Michael has previously been criticised for the way he treated Amber during their break-up.

And viewers at home seemed to take great pleasure in watching him squirm as a result of the challenge.

And another laughed: “TAKE THAT MICHAEL PHAHAHA.”

Peter Andre appears to be a big fan of Love Island, as he regularly shares his thoughts on the show with his fans on social media.

Earlier this week, he posted a picture of Ovie Soko, alongside the words: “Lovin his chilled vibe. Good man.”