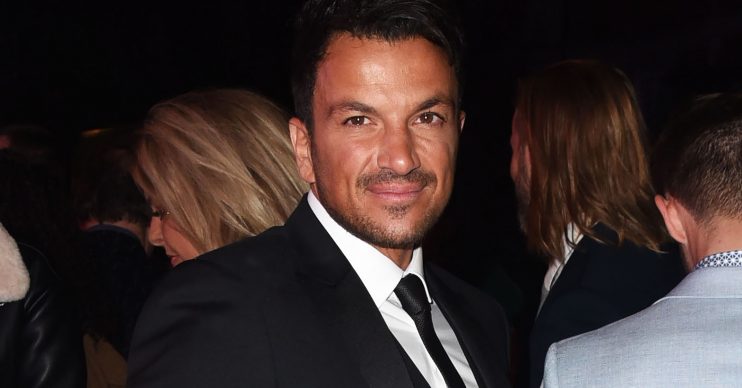 Peter Andre reveals he spilt coffee on the Queen’s carpet!

Singer made the blunder at Buckingham Palace

Singer and TV personality Peter Andre has admitted he got himself into a right royal mess on a recent visit to Buckingham Palace.

The Mysterious Girl singer said he was “honoured” to be invited to attend the Duke of Edinburgh’s Award at the royal residence in May.

But he feared he could leave with an expensive bill to pay after he almost ruined one of Her Majesty’s carpets!

“I was in this beautiful room, which had the best carpet I’ve ever seen and, me being me, I tipped a cup of black coffee all over it,” he admitted in his latest column for New! magazine.

The 46-year-old father-of-four continued: “I was freaking out and begged the royal staff not to tell the Queen.

“She might have made me pay for it, which would probably have cost more than the whole village I live in!”

Peter attended the event with his wife Emily, 30, back in May.

Very honored to be invited with my wife Emily to present these awards for Duke Of Edinburgh at Buckingham Palace tomorrow. Can’t wait 😊.

He shared his excitement over getting an invitation with his followers on his Instagram account at the time, writing: “Very honoured to be invited with my wife Emily to present these awards for Duke Of Edinburgh at Buckingham Palace tomorrow. Can’t wait.”

The invitation flummoxed some of his fans as it was address to Peter “Andrea”, but others pointed out this is his legal surname, while Andre is his stage name.

The presenter shared images of himself and Emily dressed up for their trip to the Palace. He looked dapper in a three-piece checked suit, while Emily wore a pretty pale pink dress.

He kept secret his coffee spillage then, just writing: “What a lovely day at Buckingham Palace presenting the Duke Of Edinburgh gold awards to some very deserving people.”

Perhaps it has been playing on his mind so he felt it was now time to confess!

Peter is currently preparing to take to the stage in the West End production of Thriller!

He defended his decision to take part in the Michael Jackson show, after he was challenged about it on Good Morning Britain.