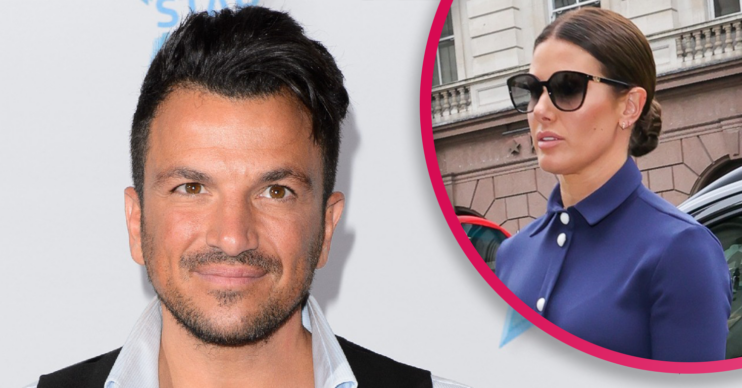 She claimed she was forced to make the comments

Peter Andre has defended his manhood after it was brought up in the Rebekah Vardy trial.

Rebekah was accused of describing Pete’s pecker as a “chipolata” in an interview in 2004.

At the Wagatha Christie trial with Coleen Rooney, the mum-of-five took to the stand to admit she regretted what she said.

But now Pete has had his say.

Rebekah reportedly made the comments in a kiss-and-tell interview with the News of the World.

He said: “Do you know how hard it is to keep biting my lip on situations? But the way I look at it, most people saw in the jungle how an acorn turned into an oak so I think I’m okay.

“At least she has now admitted it wasn’t true. And was forced to say it.”

During the legal proceedings, the wife of Leicester player Jamie Vardy was questioned by Coleen’s lawyer.

As a result, he asked the model about the claimed sexual encounter with the Mysterious Girl singer.

Insisting that she respected people’s privacy, Rebekah was then shown a printout of the article.

But the way I look at it, most people saw in the jungle how an acorn turned into an oak so I think I’m okay.

The WAG was then asked if she thought it was “respectful” to share the information.

Rebekah replied: “I was forced into a situation by my ex-husband to do this and it is something that I deeply regret.”

How did Pete’s fans react?

The Aussie’s fans supported the star after Pete was trending on Twitter after the revelation.

One posted: “Poor Peter Andre, minding his own business and then finds he’s trending on Twitter thanks to Rebekah Vardy!! #chipolata.”

Another said: “However bad a day you’re having, spare a thought for Peter Andre.”

While a third mused: “Imagine being Peter Andre, deciding to have an aul scroll on Twitter, only to discover you’re trending and then checking why.

“Is nothing sacred any more?” they declared.

What’s happening in the case?

Rebekah is suing Coleen for libel after she accused her of leaking ‘false stories’ about her private life to the media in October 2019.

The trial continues today at the High Court in London.

We wonder what else will be brought up!

So are you following the Wagatha Christie trial? Leave a comment on our Facebook page @EntertainmentDailyFix and let us know.